Mondo now has “Star Wars – The Empire Strikes Back” movie posters by Jock available as a timed release. On sale now HERE. 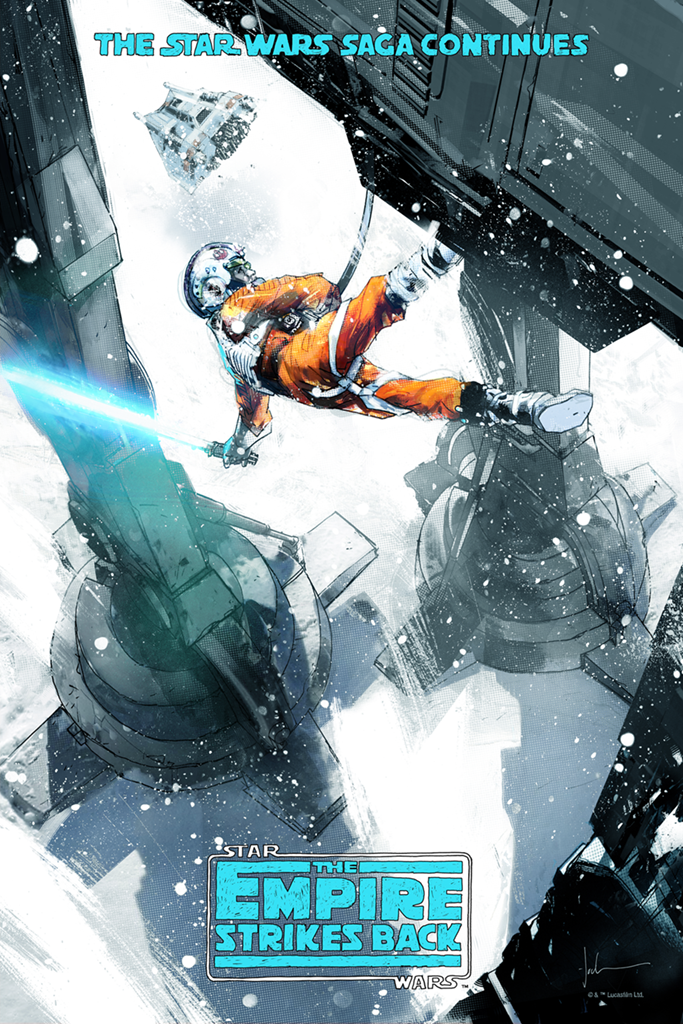 Mark Daniels starts off his Star Wars series prints in the middle with “The Empire Strikes Back” via ACME Archives’ Dark Ink Art. Well done and looking forward to more from this series. It is a 12″ x 24″ Screenprint, signed/numbered edition of 250, and cost $50.
On sale Friday, August 2nd around 10am PDT HERE. 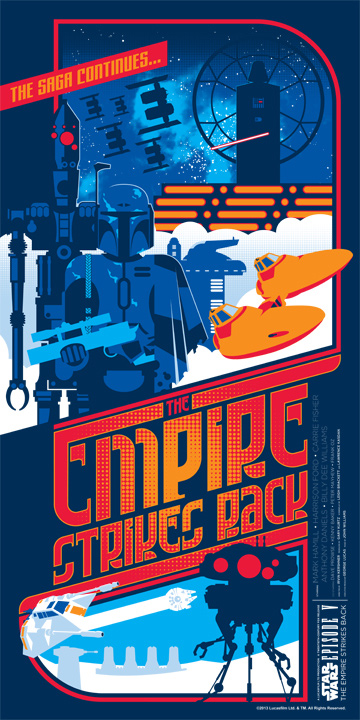 Dave Perillo is back with a new print titled, “The Empire Strikes Back” as a follow-up to his “A New Hope” print released in Feb via Acme’s Dark Ink. It is a 12″ x 36″ Screenprint, signed/numbered edition of 250, and cost $50.

***UPDATE: Sale is rescheduled to Tuesday, April 23rd at a random time HERE.