Next up in Sally Centigrade’s ‘Travel By Town’ series is “Building the 804” by James and Meredith Hill (Lightbox Print Co.)
On sale Friday, September 7th at 10am Mountain time (9am PDT) HERE. 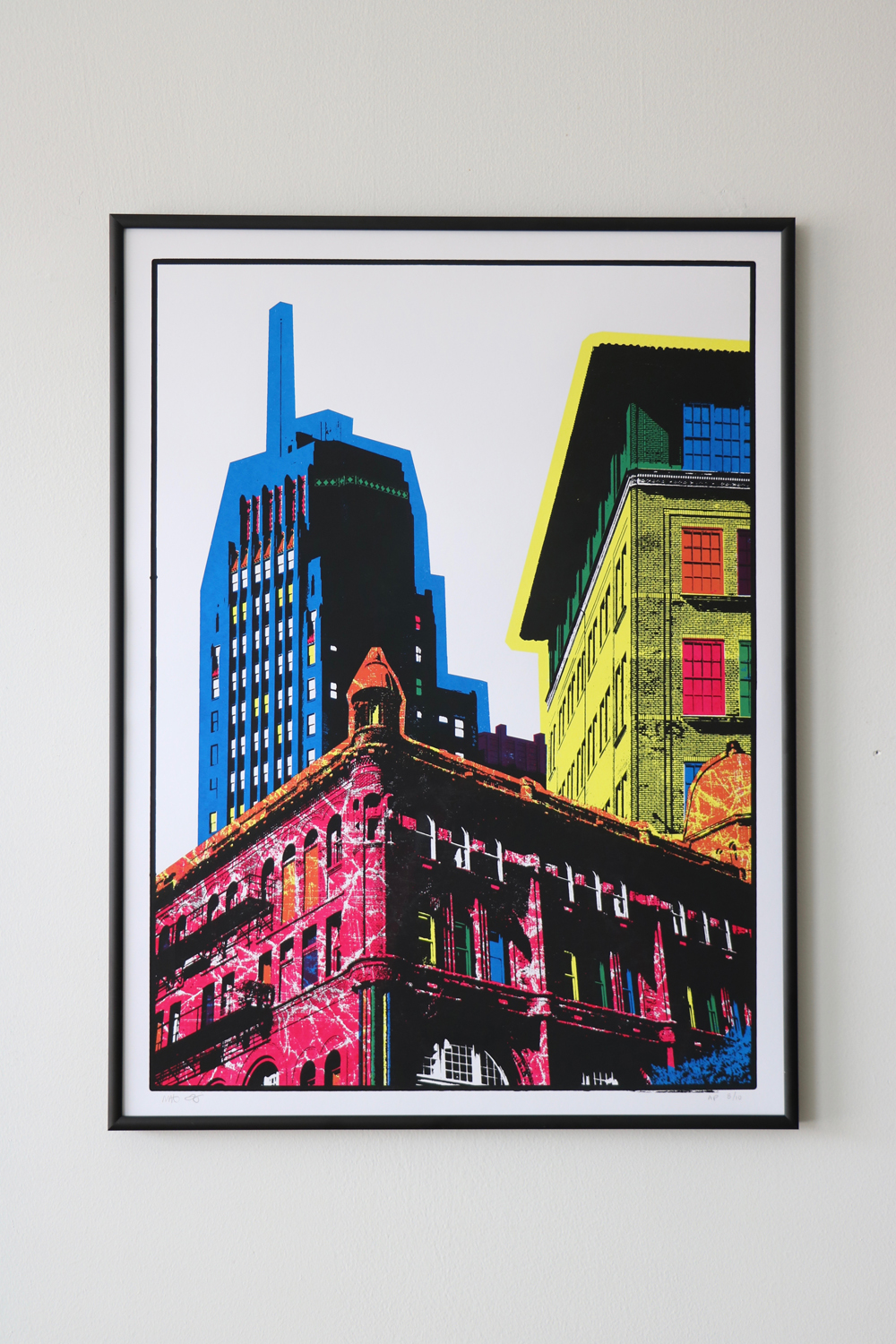 Richmond, the heart of the 804 area code, is a medium size city rapidly putting itself on the map alongside some respectable large cities as one of the top places to visit for its award- winning food and craft beer scene, thriving arts and creative community, downtown riverside adventures and historic architecture (along with its interesting and infamous history as the capital of the Confederacy). This print captures the city’s amalgamation of old and new through an architectural sense – one of the buildings stands as one of the tallest and oldest in the city yet is vacant while another is one of the city’s newest and hottest boutique hotels, both residing only within a couple blocks of each other.