Odd City Entertainment is excited to announce in conjunction with Paramount Theatre, a limited edition screen print for a screening of Joel and Ethan Coen’s Academy Award winning movie, Fargo, at Stateside at the Paramount on Wed., August 21st in Austin, Texas. The screening is part of Paramount Theatre’s Summer Classic Film Series which features Film Noir 101; classics that recall the history of Noir while taking it in a new direction.

“Fargo” by Gabz will be available in both Regular and Variant prints and both will have a GID layer with the Variant printed on a pearlescent paper. See pics below for full details. The Odd City limited edition prints will be sold at the Stateside at Paramount’s screening of Fargo on Wed., August 21st. Tickets can be purchased in advance online or at the Paramount Box Office on day of show. For more information, visit the Paramount Theatre’s website: HERE 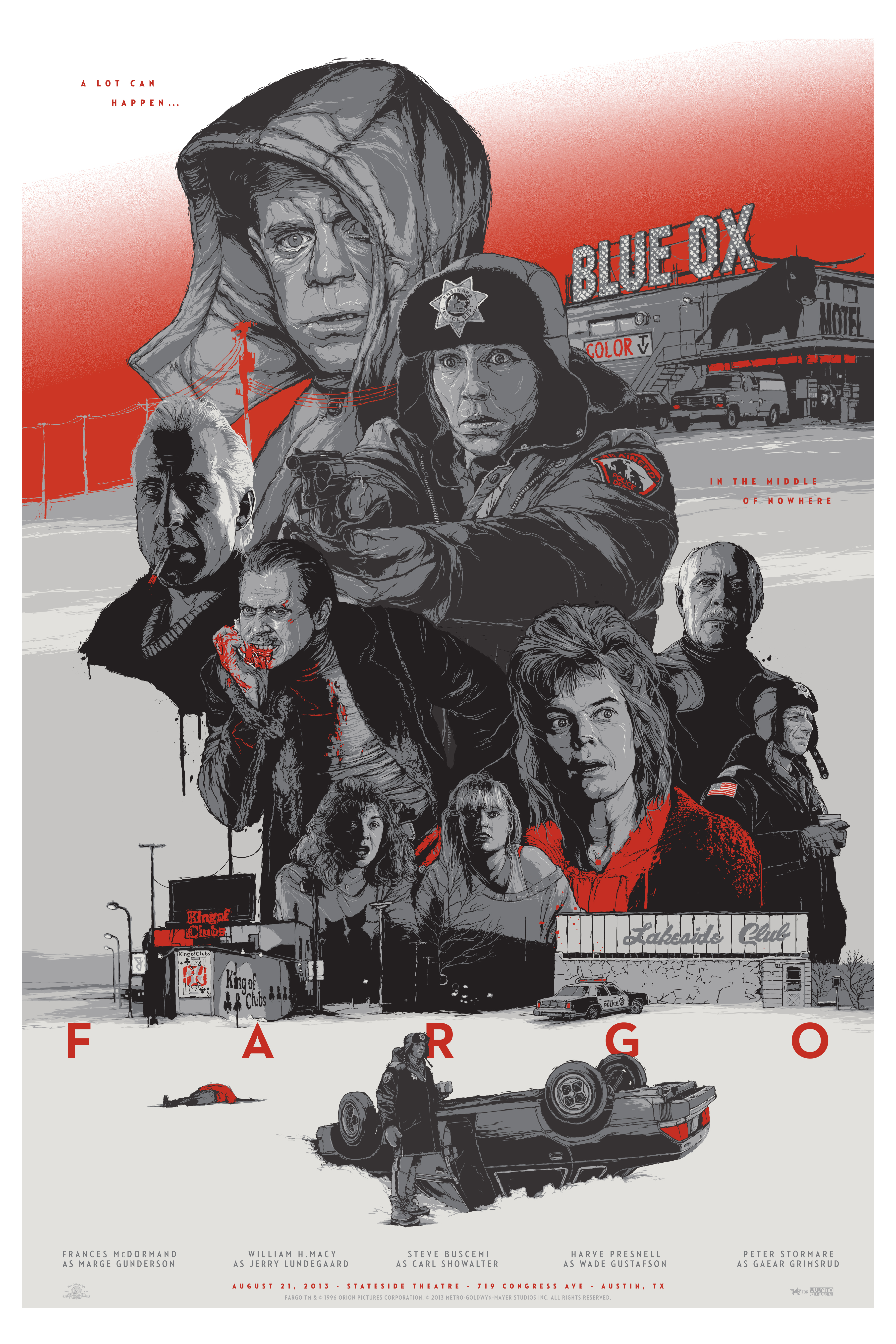 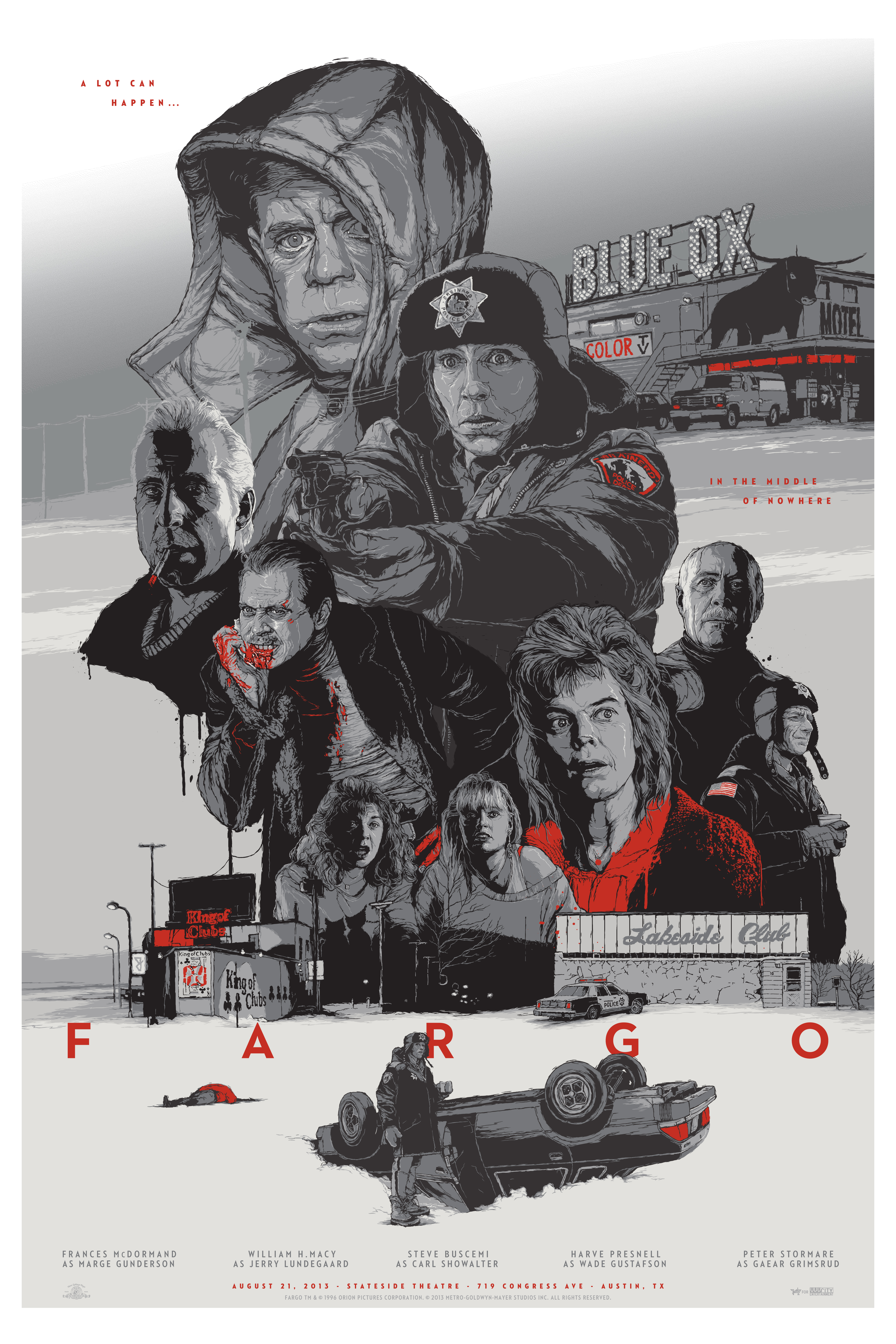 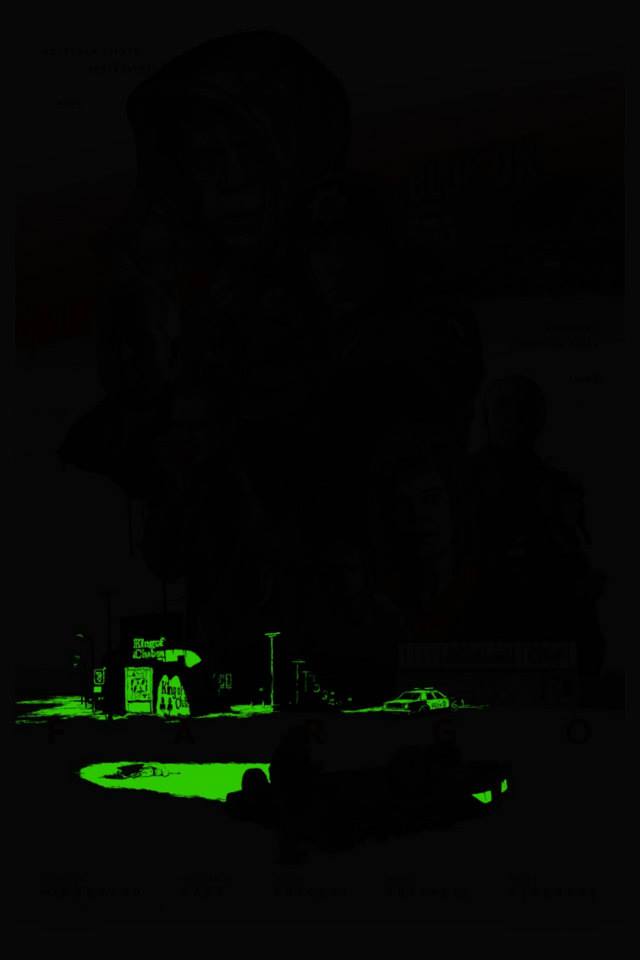 Image in the dark for BOTH regular and variant editions