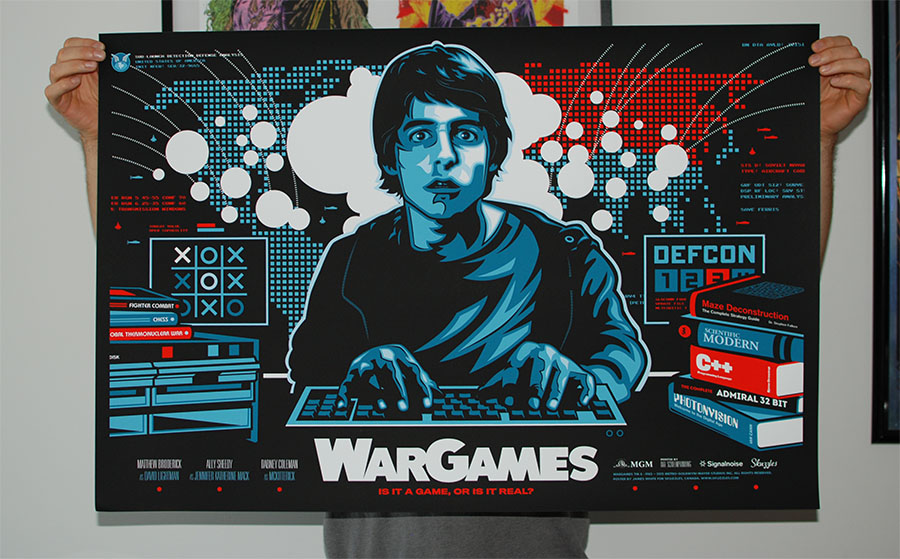 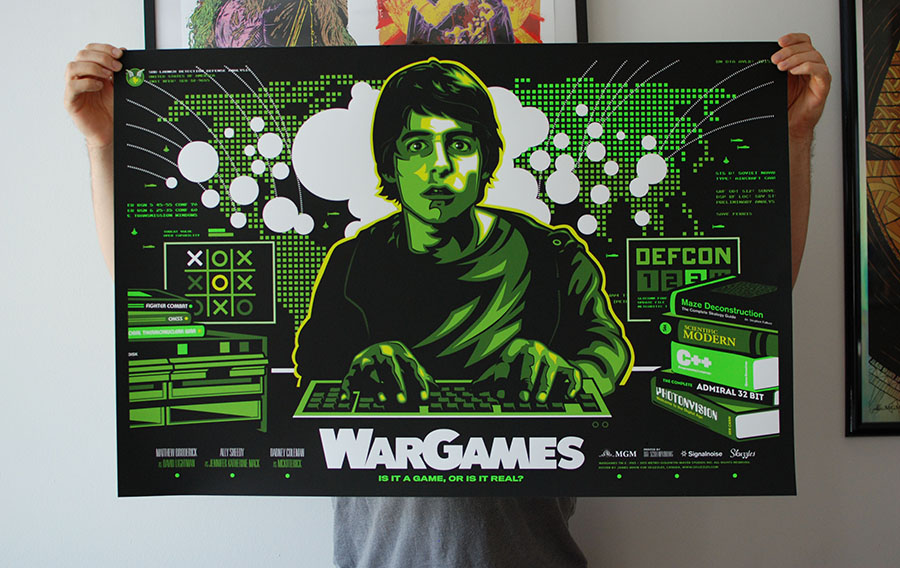 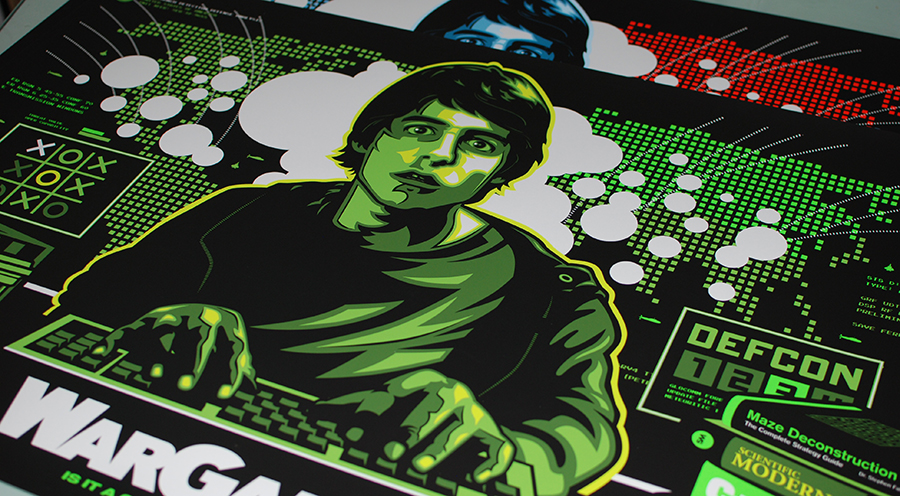 “I’ve been a fan of WAR GAMES since I was a little kid, so I was psyched when Skuzzles approached me to do an official poster for the film. Pretty honoured, especially since this movie is pre-Bueller Broderick. That’s a big deal in my household. I immediately started sketching up some ideas and was heavily focused on old Atari box art for inspiration. I didn’t transfer that actual Atari aesthetic, but more the layouts and compositions served as a great starting point. After a few rounds of sketching, the poster was nailed down. Super fun.” – James White