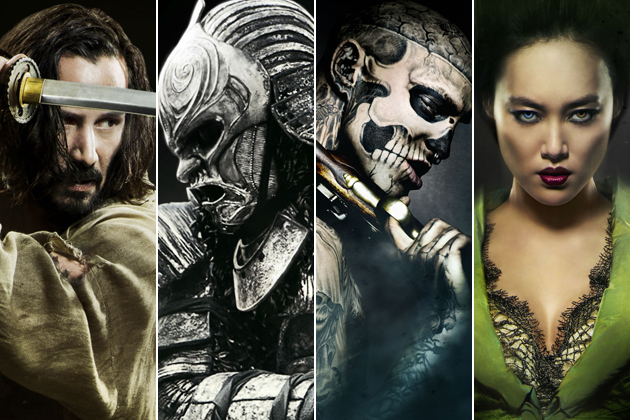 Earlier in October, Blurppy and it’s assembled group of artists The Poster Posse, created 28 striking images in anticipation of the arrival of Carl Rinch’s epic supernatural samurai film, “47 Ronin” opening in theaters on Christmas Day 12/25. This was the groups 4th poster project and it was very refreshing to see such a wide array of unique styles and interpretations of all the artists involved. Truly an exercise in creative freedom. You can find those works HERE and HERE.

411posters is proud announce that Blurppy and The Poster Posse has taken us under their wings in a joint collaborative release of one of the stand out fan favorite image as a limited edition print, approved by Universal Studios. Matt Ferguson’s “47 Ronin” is a 20″ x 36″ 4-color Screenprint w/ metallic inks, numbered edition of 75, and cost $47! Printed by Lady Lazarus.
On sale Monday, December 23rd at a random time HERE. 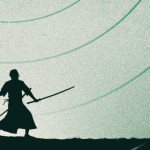 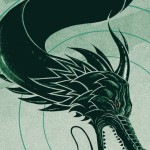 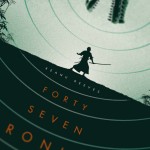 Keanu Reeves makes an explosive return to action-adventure in 47 Ronin. After a treacherous warlord kills their master and banishes their kind, 47 leaderless samurai vow to seek vengeance and restore honor to their people. Driven from their homes and dispersed across the land, this band of Ronin must seek the help of Kai (Reeves)—a half-breed they once rejected—as they fight their way across a savage world of mythic beasts, shape-shifting witchcraft and wondrous terrors. As this exiled, enslaved outcast becomes their most deadly weapon, he will transform into the hero who inspires this band of outnumbered rebels to seize eternity.

One thought on ““47 Ronin” by Matt Ferguson”