Clement and Taika Waititi are currently raising money on the popular crowd funding site – ‘Kickstarter’ to have their latest film ‘ What We Do in the Shadows’ released in the U.S.A.

Conor Langton, an Irish artist who has recently become a regular contributor to the ‘New Yorker’ magazine, was delighted to be selected to create the screenprint, which is now available as a ‘reward’ on the project. ($85 inclusive of shipping)
“I’ve always been a huge fan of both Jemaine and Taiti so I was honoured to get this opportunity.” Conor said.

The print features many ‘in-jokes’ for fans of the vampiric dark comedy – something Langton enjoyed working with in particular : “The movie had so many layers of madness to play around with – worms in the kitchen, pikes in the bedroom – it really was brilliant to work with for the screen print!”

The print is exclusively available through the Kickstarter fund only, which ends on February 13th. Pledge now HERE. 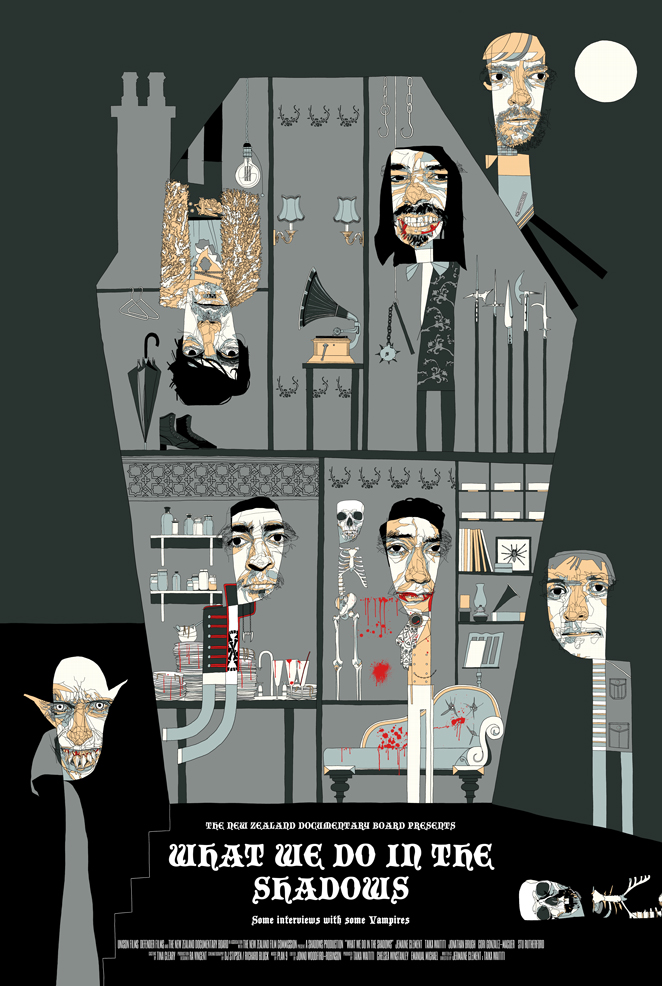