PangeaSeed and special guest artist Tatiana Suarez are pleased to announce the second official print release of our 2015 print suite “Tales from the Deep: Stories, Myths & Monsters” – a fine art print suite to help save our seas. “Creature” is a 20″ x 20″ Giclee, limited edition of 50, and cost $65. The OG 18x18in oil on wood panel will also be available for purchase. On sale Thursday, February 26th at 12pm PST HERE. 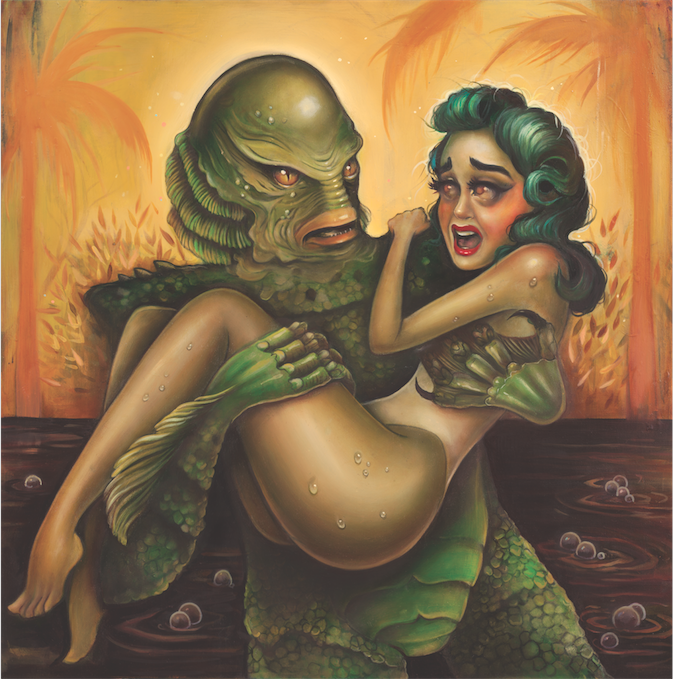 “I chose to paint a tribute to the classic monster flick, The Creature From The Black Lagoon. Horror flicks are my favorite genre. I also enjoy the timeless tale of beauty versus beast. I find myself rooting for the Gil-Man throughout the film—admiring his appreciation for beauty and his voyeuristic tendencies. One can easily sympathize with his character because like many sea creatures, he’s most likely the last of his species and in risk of extinction.

The scientists in the film invade Gil-Man’s habitat, attempting to capture him yet fail, and in turn, kill him. This echoes man’s destructive tendencies towards the ocean and disconnection from nature, making humans the real monsters.” – Tatiana Suarez