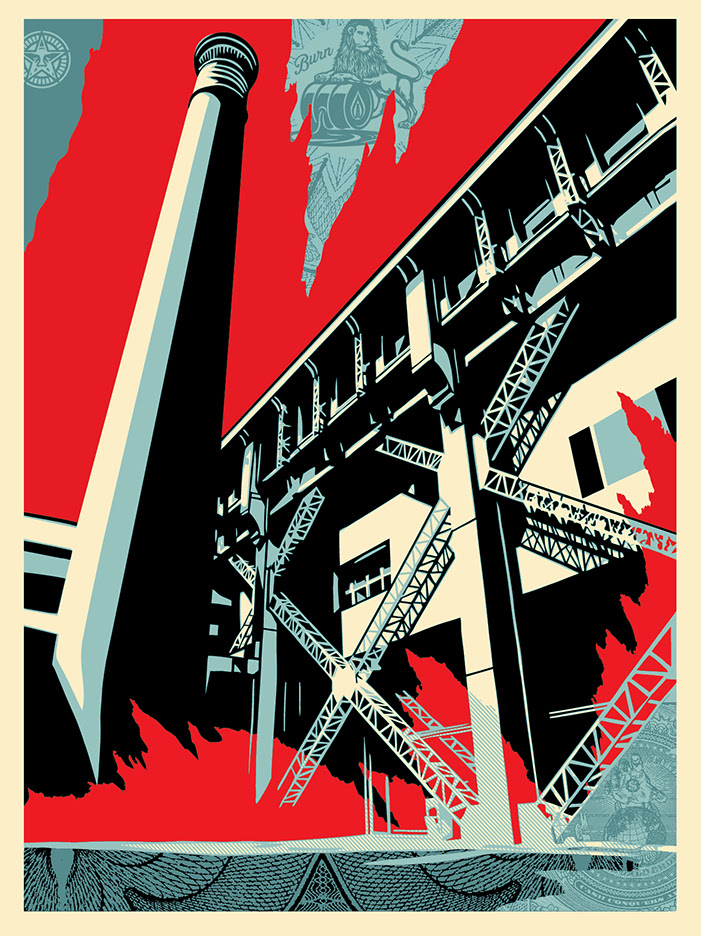 The Fossil Factory image is an illustration I made based on a former factory in the 13th district of Paris which is now used for classrooms at a university. The architecture of the factory is fantastic and serves as a reminder of what monolithic and impressive things were built by, and in service of, fossil fuel powered industries. Those industries still have tremendous power economically, but we now know that not only are those fuel sources finite but that using them is terrible for climate change and therefore the eco-systems that sustain life on our planet. I’d like to see more fossil factories turned into schools while we subsidize research into renewable energy solutions rather than the current practice of subsidizing the fossil fuel industries for billions as they damage the environment. Please read Naomi Klein’s THIS CHANGES EVERYTHING to better understand the conflict between economic interests and climate change. A portion of the proceeds from the sale of this print will go to 350.org to support their efforts to fight climate change. Thanks for caring. – Shepard