Mad Duck will have “War Of The Worlds” posters by Arik Roper available soon. “The War Of The Worlds” is an episode of the American radio drama anthology series “The Mercury Theatre on the Air”. It was directed and narrated by the great Orson Welles as an adaptation of H. G. Wells’s novel “The War of the Worlds” from 1898.

The radio drama was broadcast live as a Halloween episode on Sunday, October 30, 1938 at 8PM. The episode became famous for causing panic among listeners that mistook the radio drama for a news report. 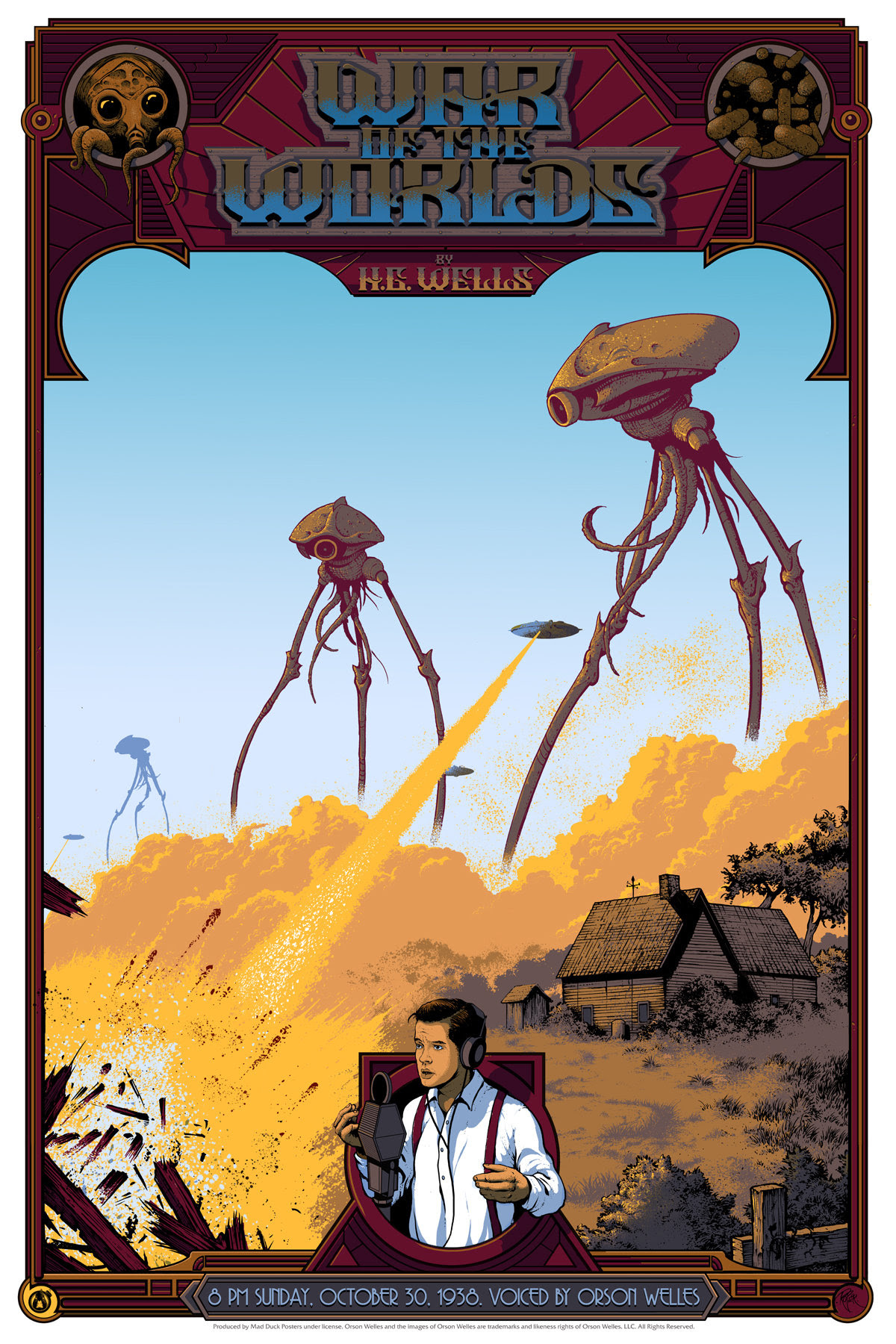 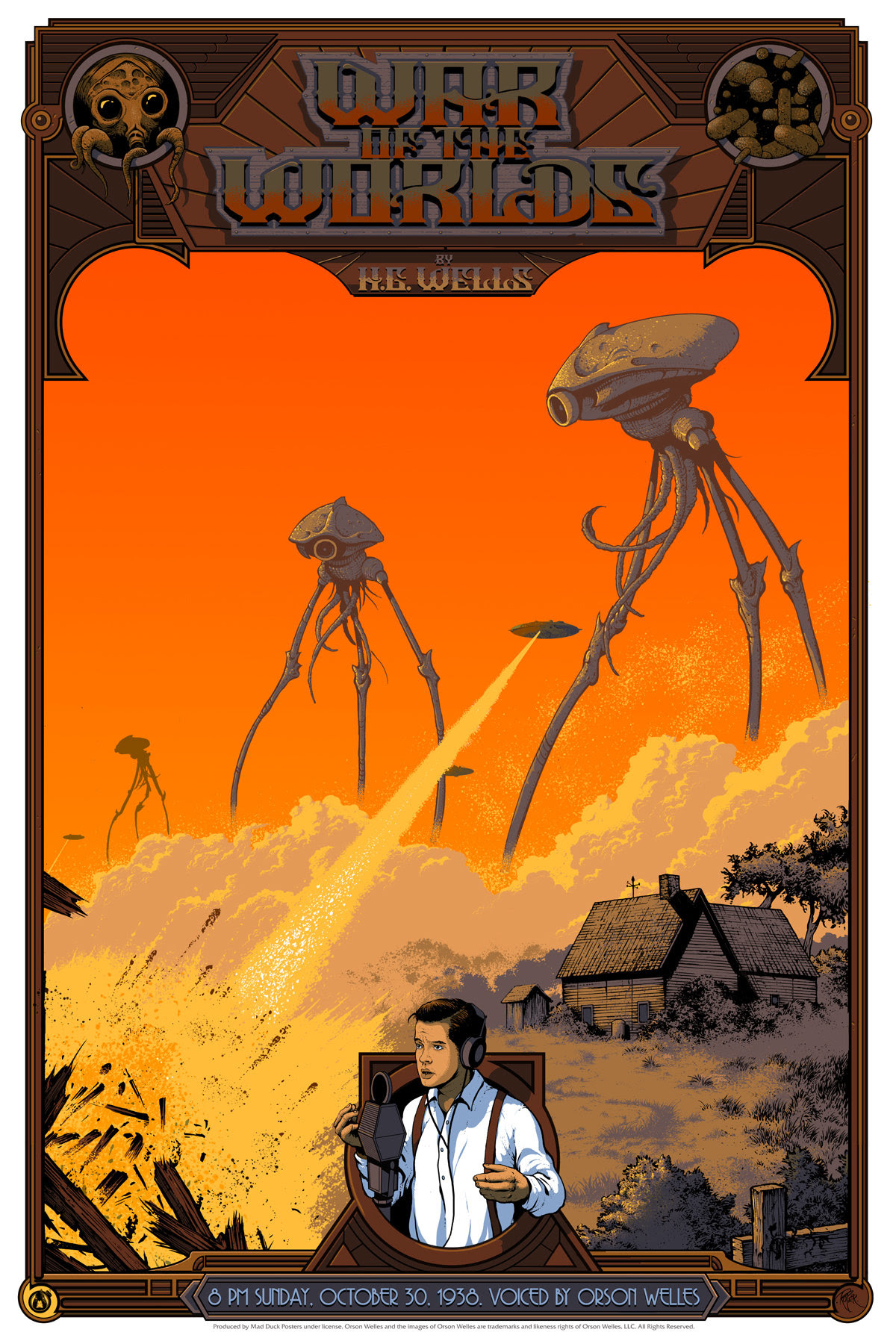