Grey Matter Art, under license from Marvel, is proud to announce a new officially licensed, limited edition, screen-print featuring everyone’s favorite Marvel anti-hero, Deadpool by artist, Doaly. The print will be featured as a foil edition, which fits perfectly with the artwork.
On sale Thursday, August 9th at 1pm Eastern (10am PDT) HERE. 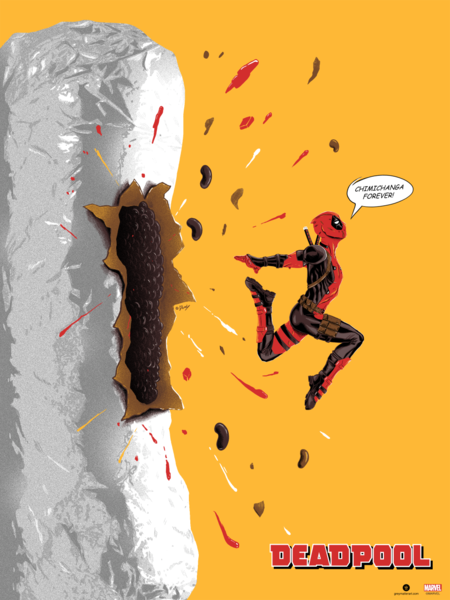 Deadpool, known as Wade Wilson a.k.a. “Merc with a Mouth” was created by Fabian Nicieza and artist/writer Rob Liefeld, and first appeared in The New Mutants #98 in February 1991. What better way to celebrate the new Deadpool 2 film release, than with this print by Florey! This release is part of our ongoing series titled, “Florey’s Face-offs,” and feature portraits for some of our favorite Marvel characters.
On sale Tuesday, May 22nd at 1pm Eastern (10am PDT) HERE. 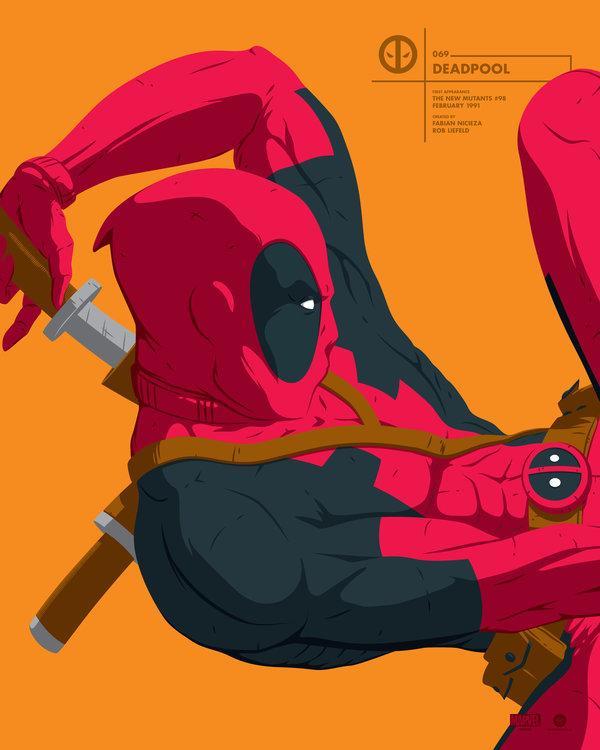 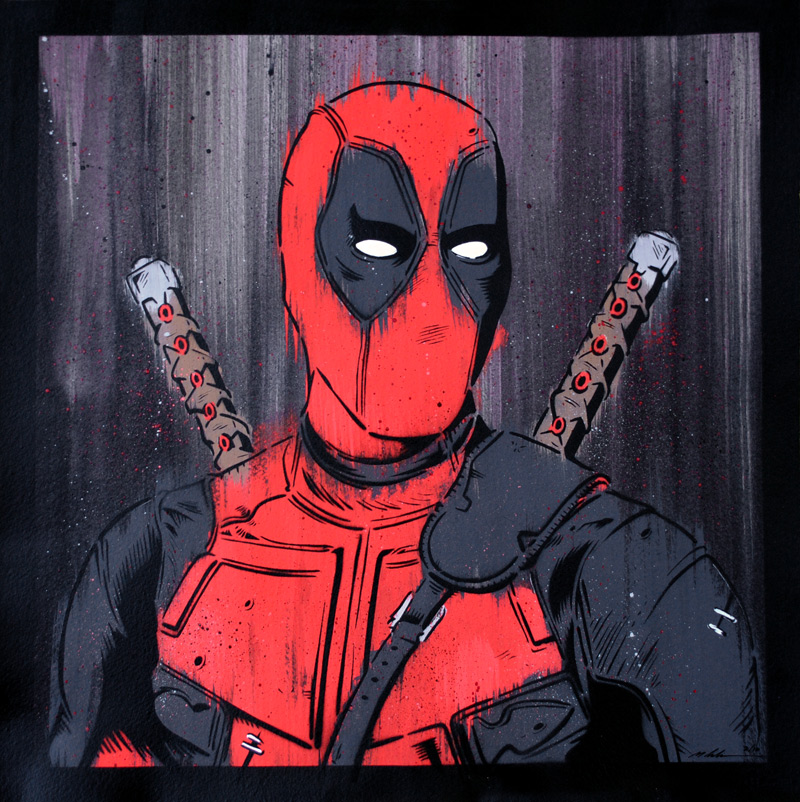 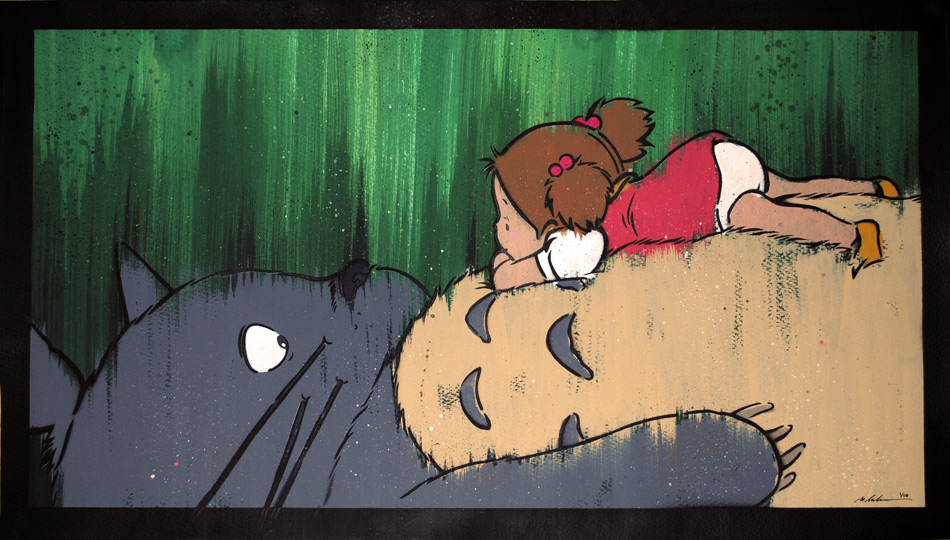 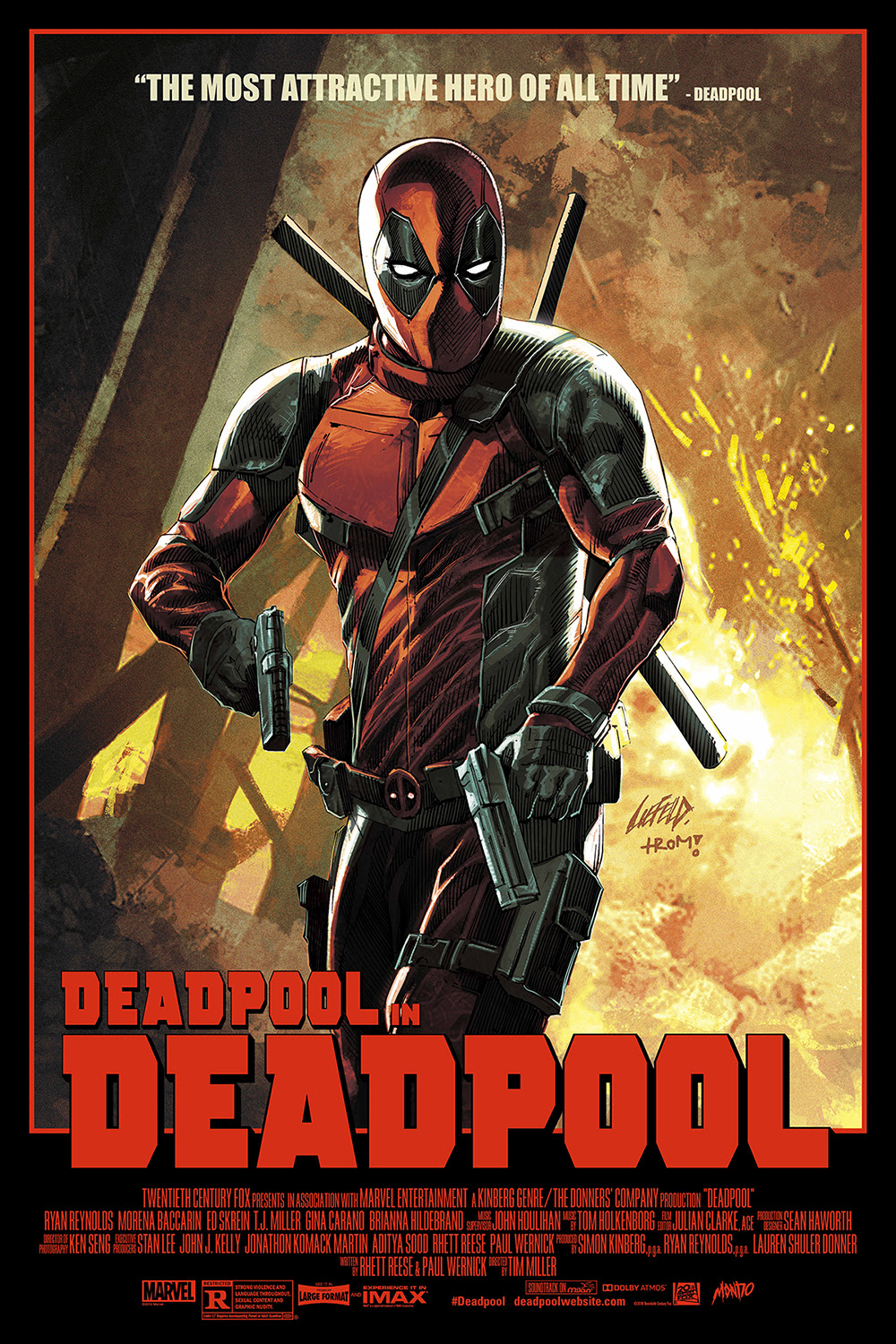 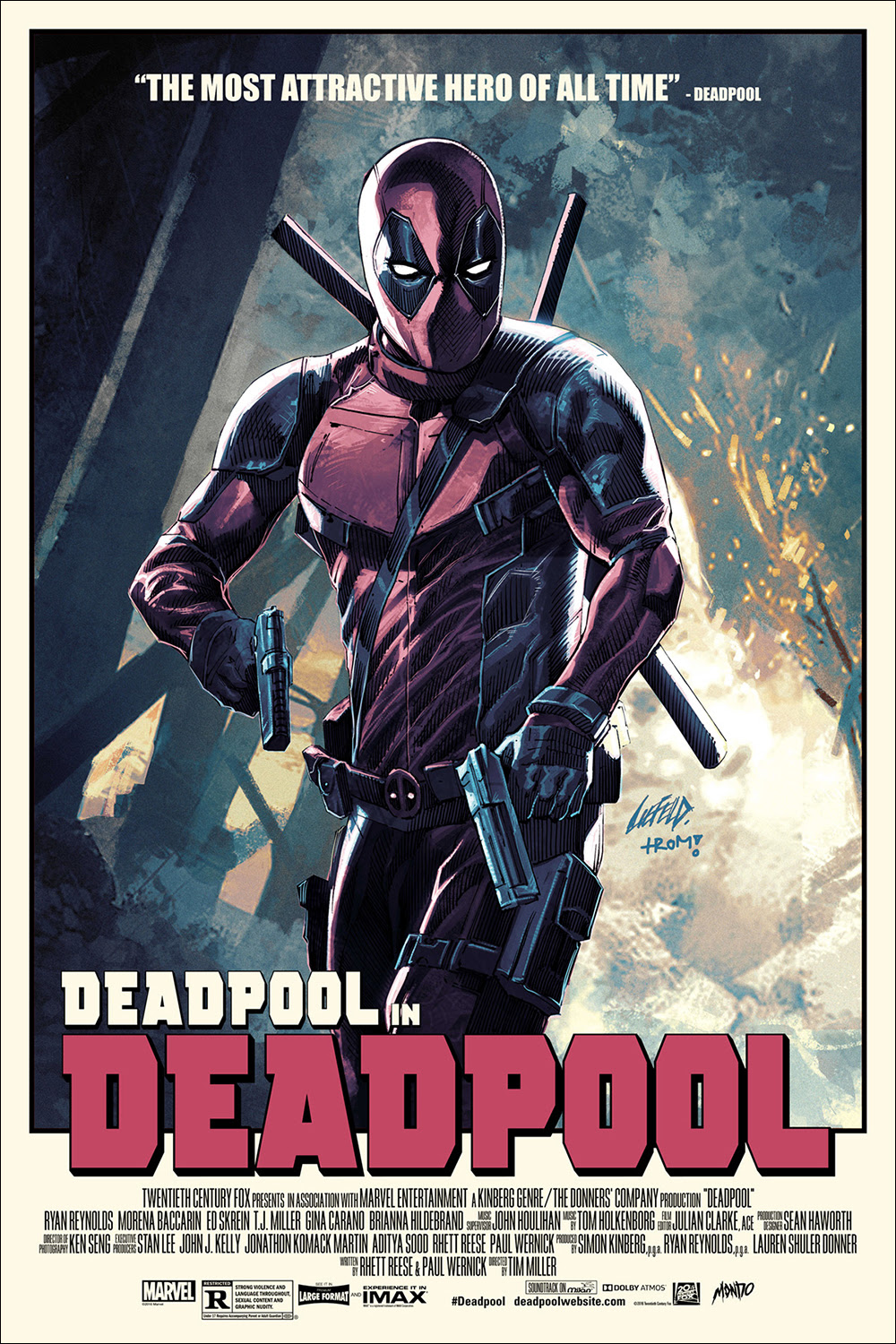 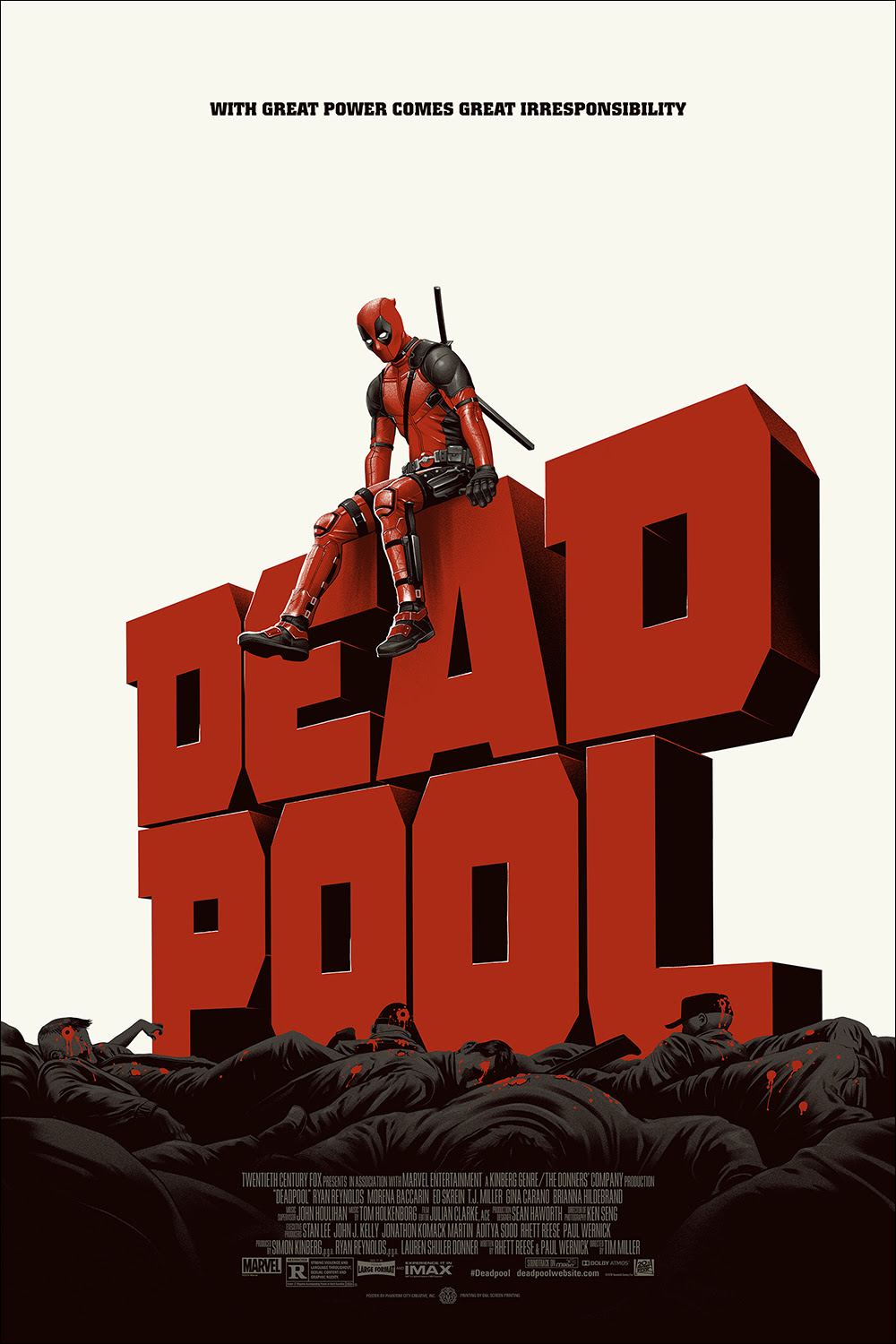 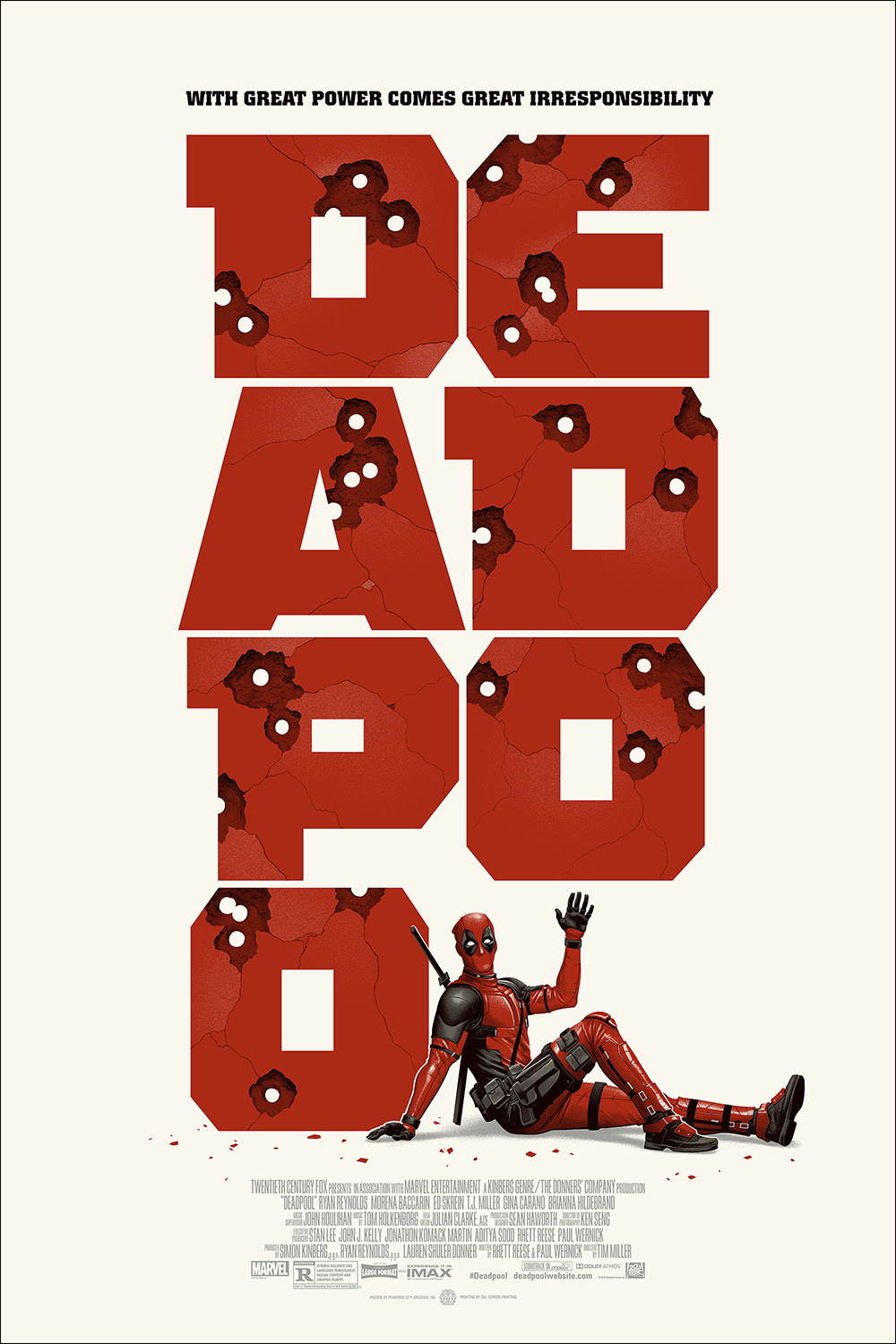 Michael Latimer has a new hand-painted and sprayed original titled, “Deadpool” now available. It is a 22″ x 15″ Acrylic & spraypaint on heavyweight watercolour paper, signed/numbered edition of 10, and cost £50 shipped worldwide ($79US).
On sale now HERE. 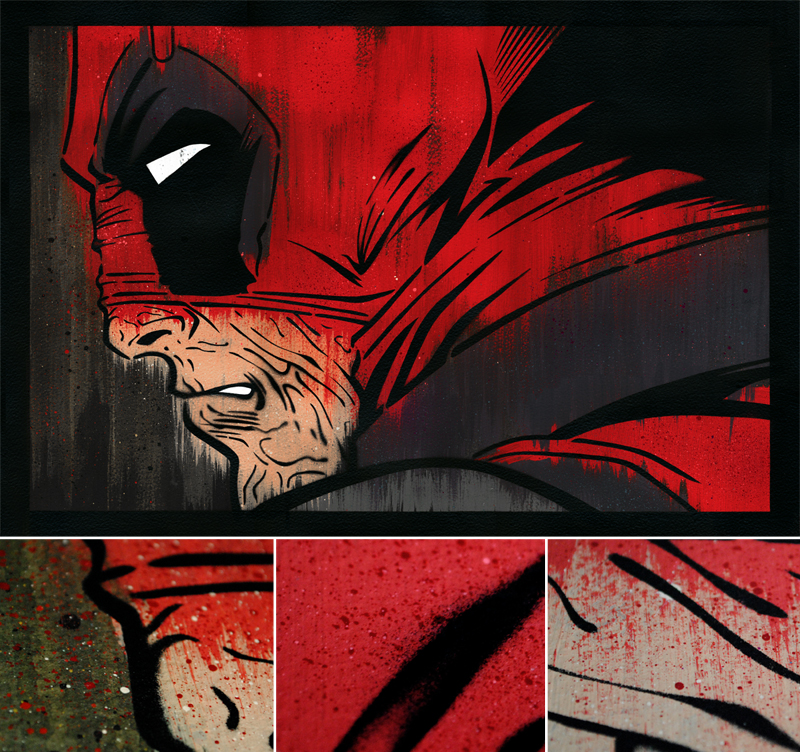 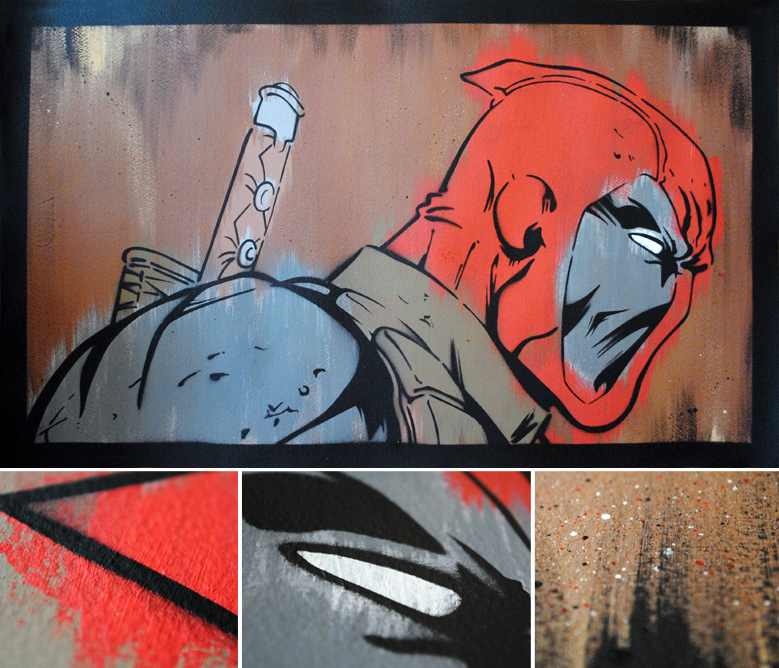 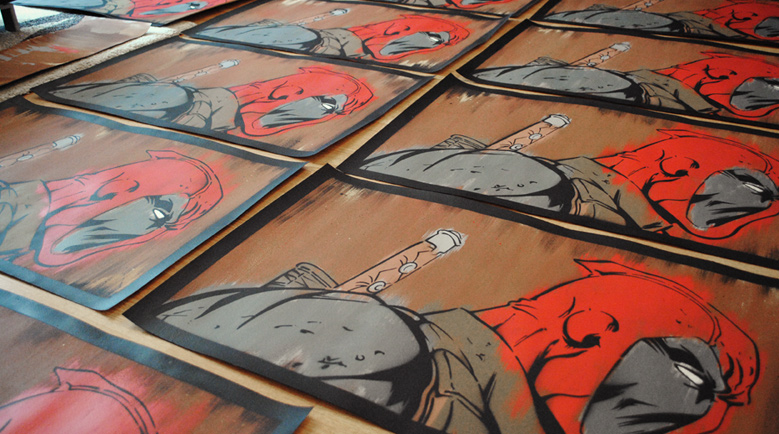