Bottleneck Gallery will have “E.T. the Extra-Terrestrial” by Andy Fairhurst available soon. On sale Wednesday, February 27th at 12pm Eastern (9am PST) HERE. 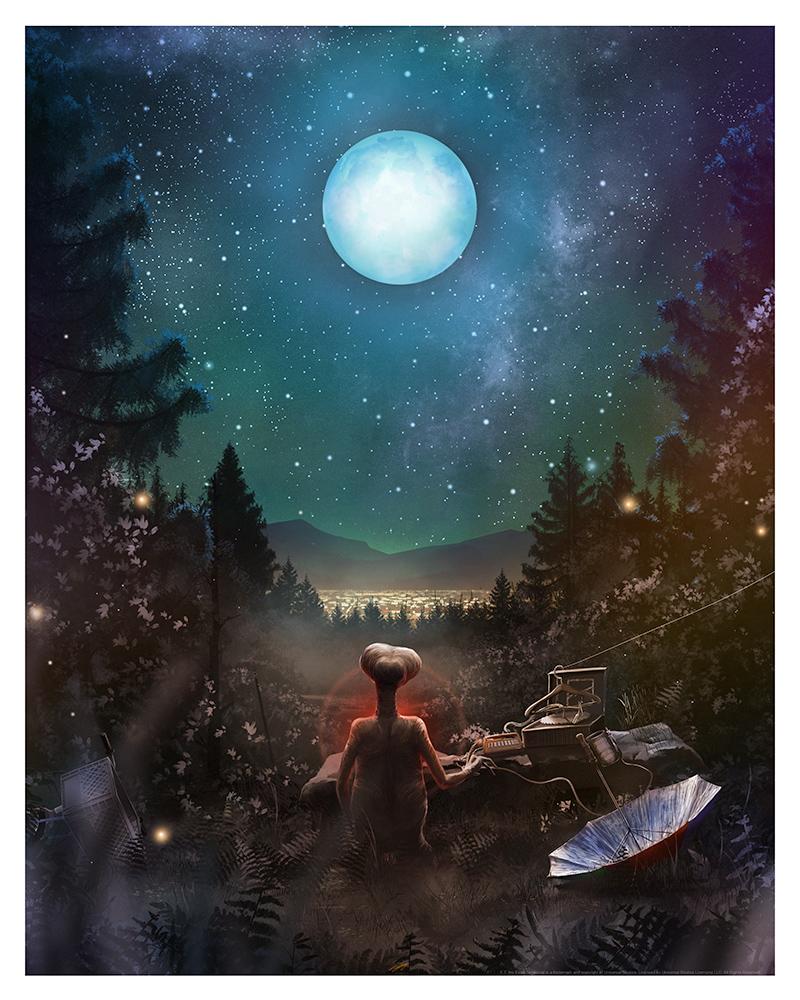 Mondo will have “E.T. The Extra-Terrestrial” movie posters by Jonathan Burton available soon. On sale Tuesday, September 12th at a random time HERE. 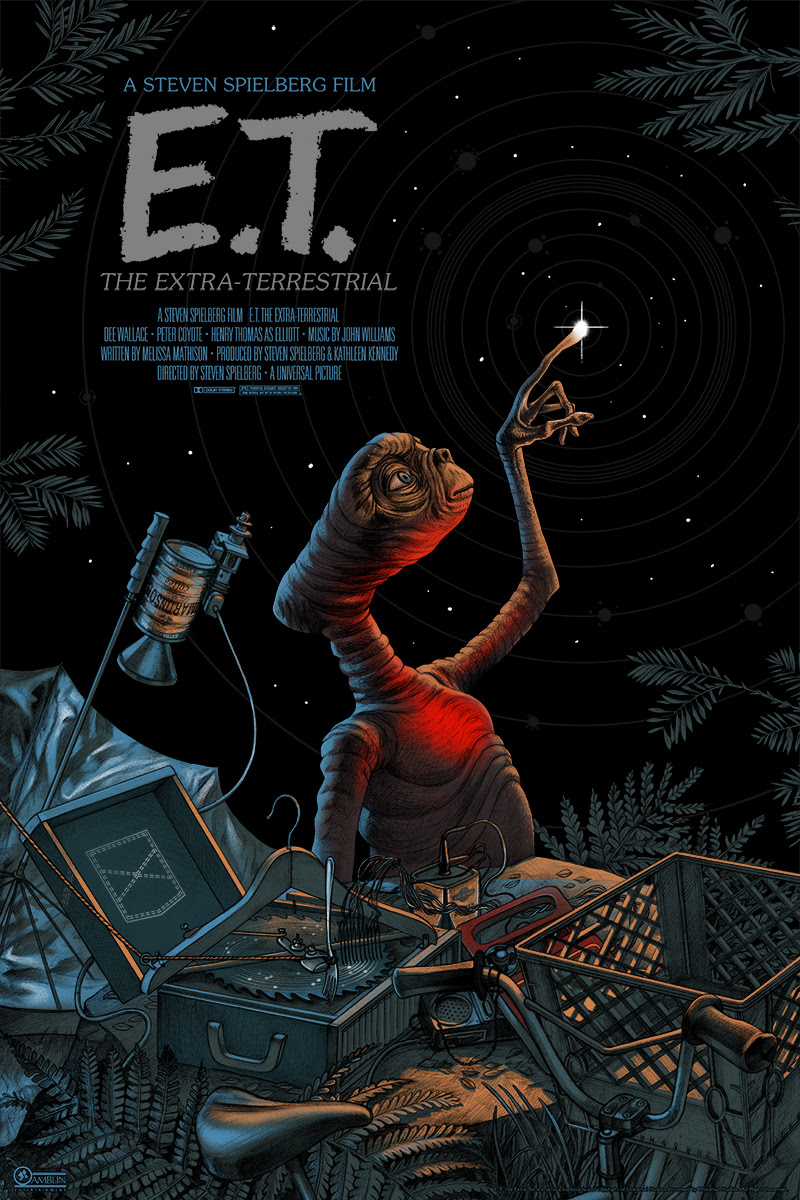 “Settling on an idea from this visually spectacular film was a difficult task. I sketched out many possibilities from different scenes but this one mainly stood out because of the wonderful ‘phone home’ contraption which I wanted to delve into. It’s a kind of W.Heath Robinson style construction where a small action of the wind in the trees tugs at a rope which pulls a fork to turn a wheel which sets off this surprising machine to send a message through space. It’s a magical moment in the film made all the more endearing by the use of Elliot’s 1980s equipment.

I didn’t want to shy away from showing E.T. as a major element of the poster as he’s so iconic but also because I welcomed the challenge of drawing a creature so fascinatingly odd. The character is a great design of unthreatening strangeness and this balance is tricky to capture. His pointing finger is an obvious tribute to the original poster though I like how we have it leading to his home, and with the special spot varnish we only get a glimpse of his solar system within the right light.

Oh how I crave the BMX of my youth.” -Jonathan Burton

Mondo will be releasing 2 movie posters based on Steven Spielberg classics: “Jaws” by Laurent Durieux and “E.T. The Extra Terrestrial” by Mike Mitchell. See pics below for details. On sale Thursday, January 17th at a random time HERE. 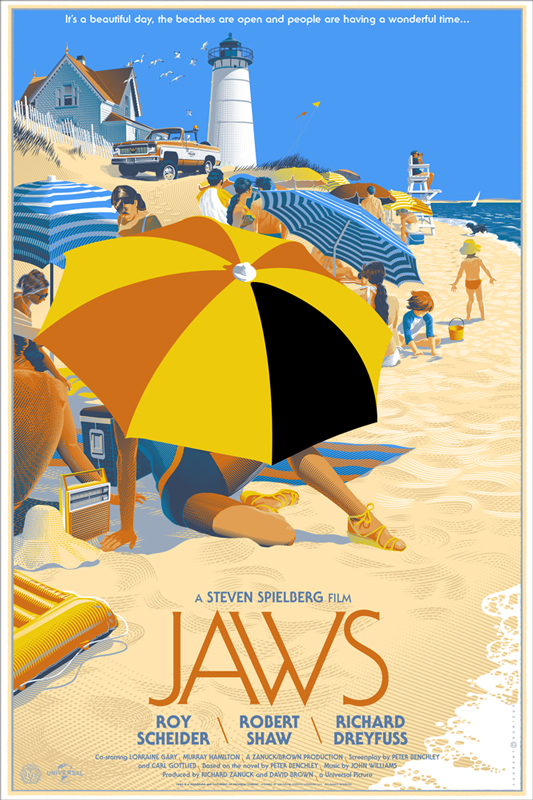 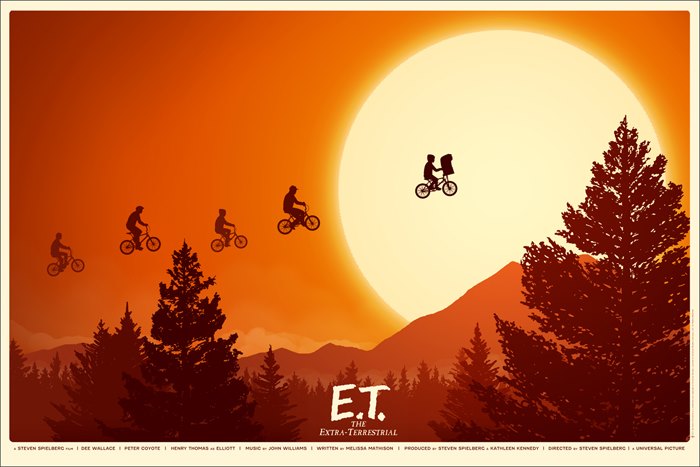