This week Acidfree Gallery revealed that they are teaming up with Hasbro to release a series of limited edition screen-printed collectible art. From this they plan to be releasing art for Transformers and GI Joe. My childhood classics! Very cool. Their first release will include artists Tom Whalen and Dave Perillo and will debut at the upcoming New York Comic Con starting on October 11th.
Limited quantities will be available online on Monday, October 15th at 9:30am PDT HERE.

New York Comic Con is right around the corner and we will be launching our new series of screen-printed posters at the show! Together with Hasbro, we have created an officially licensed series of limited edition art prints. The series will feature images from Hasbro’s TRANSFORMERS and G.I. JOE brands. We will premier the first 5 prints at NYC comic con and we are excited to finally preview the artwork! 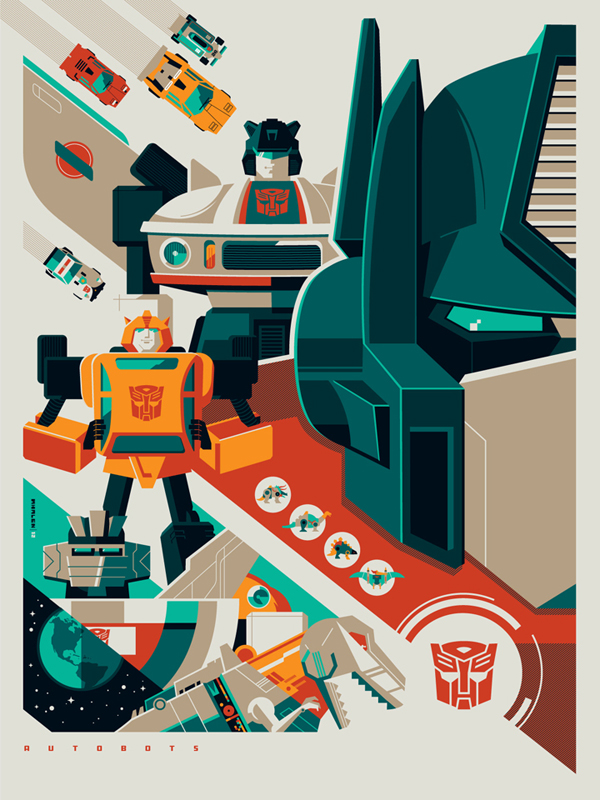 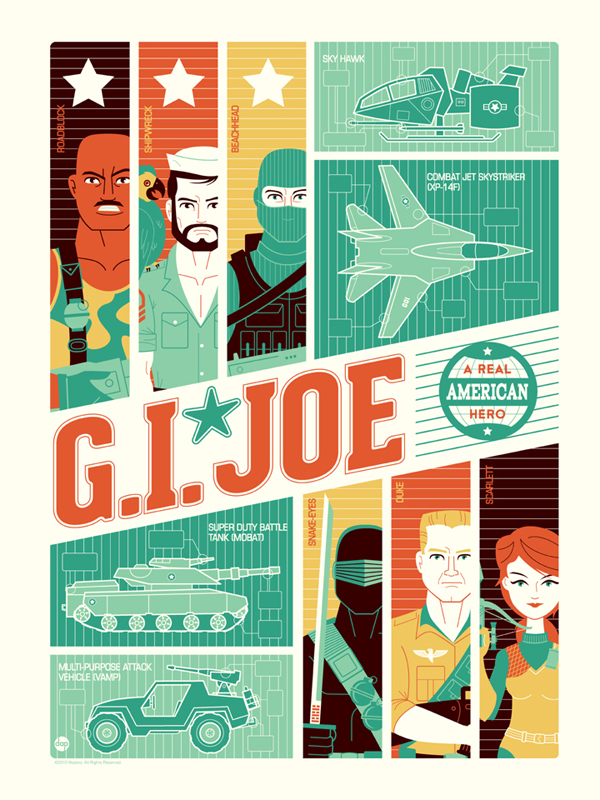 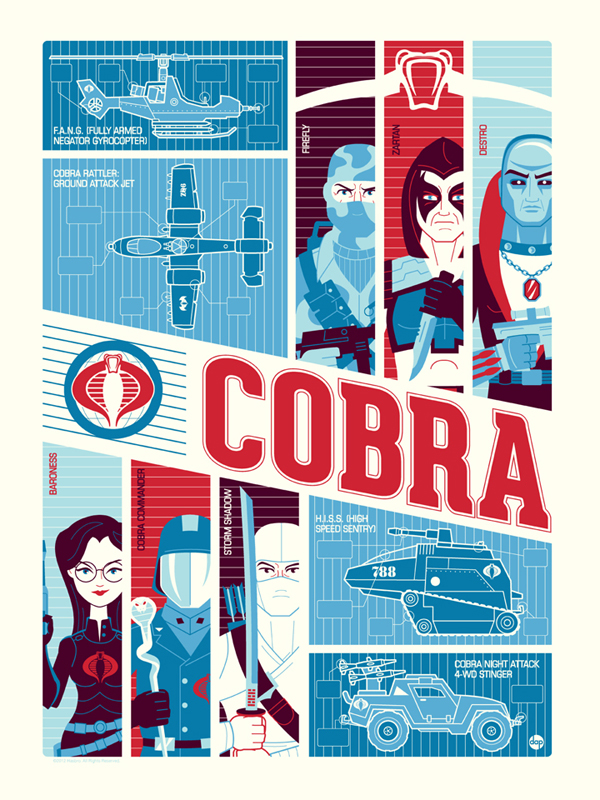 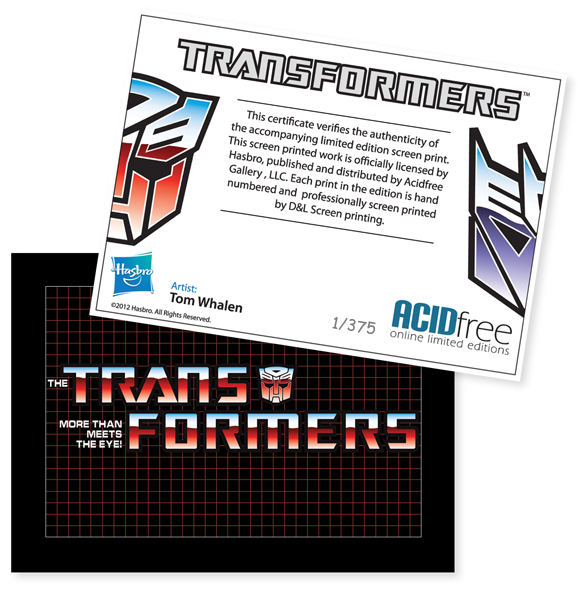 Look for us at NYC Comic Con, booth 1681! This will be your first chance to get your hands on these limited edition prints. We will also sell a very limited quantity on our website after the show. This is just the beginning of a very exciting series of screen prints planned for release over the next several months! Follow us on Facebook and Twitter for up-to-date news and details about the series.