PangeaSeed is pleased to announce the latest release of our ongoing Sea of Change: The Year of Living Dangerously – Vol. 4 print suite by guest artist Miles Tsang (Canada). The highlighted species of this edition is the iconic nautilus.
On sale Thursday, February 8th at 12pm PST HERE. 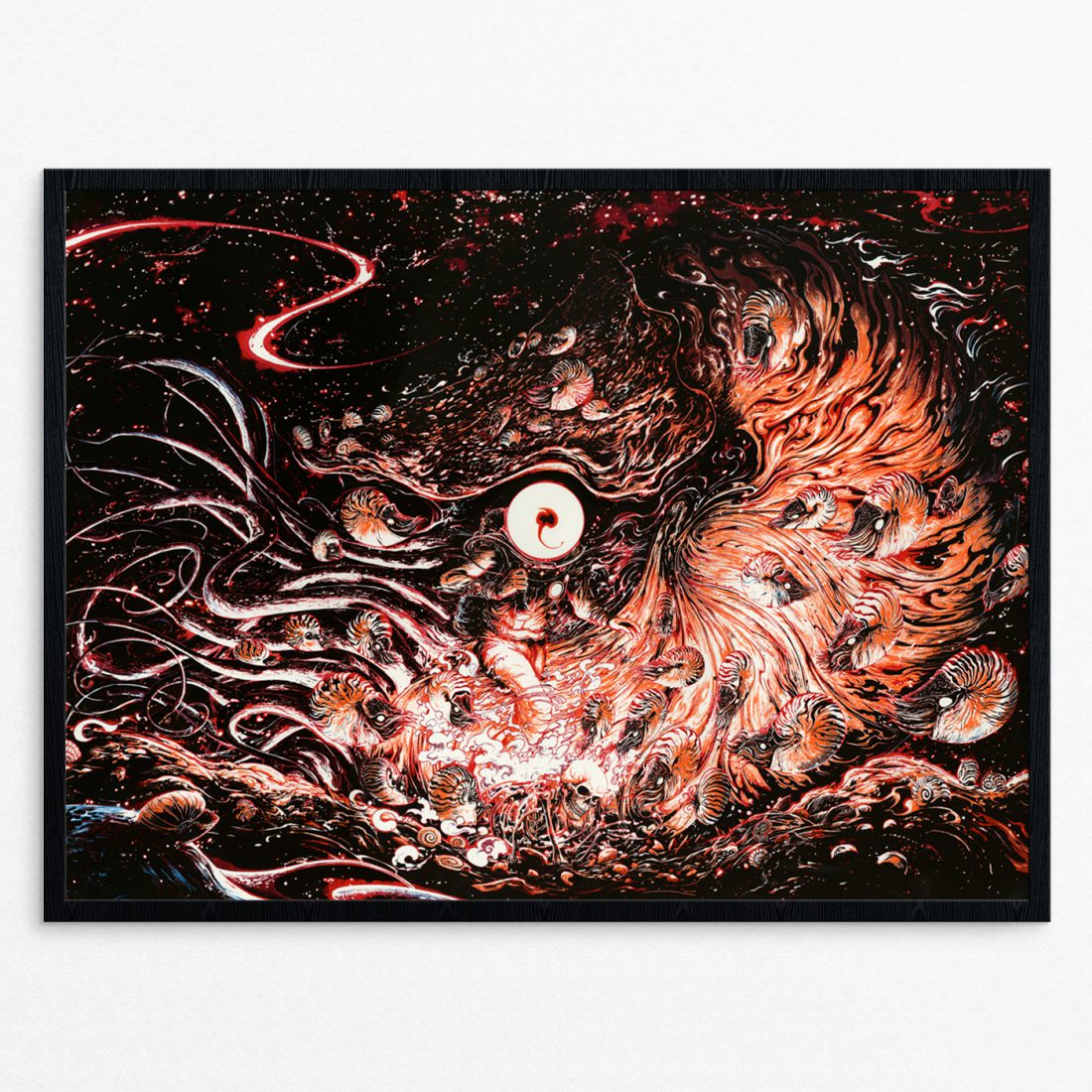 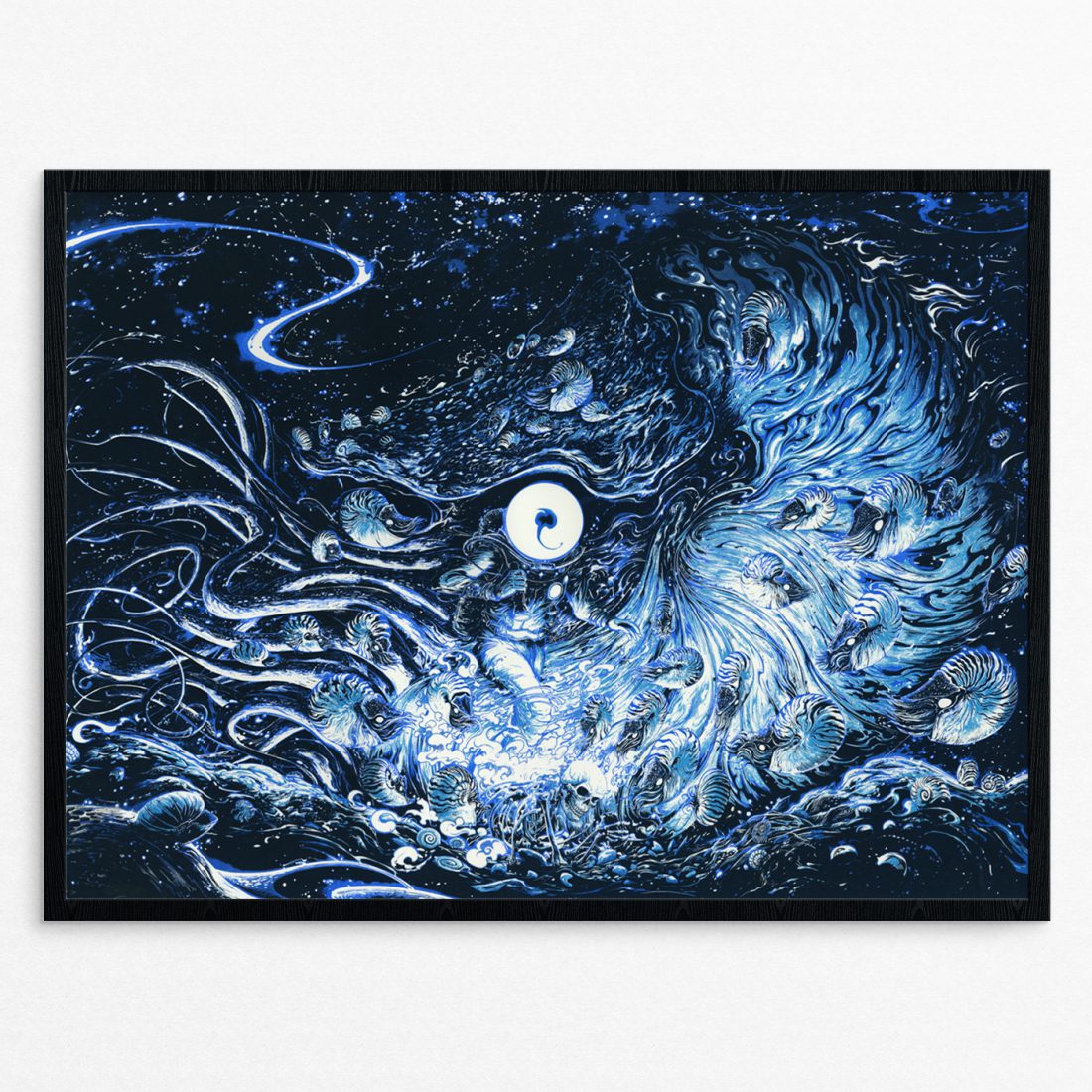 “When pondering our relationship to the world and its oceans, I often find myself thinking of our connection to nature, which is a force that encompasses us, preceded us, and will succeed us whether we acknowledge our mortality in its face or not. As a living fossil and scavenger that has gone unaltered by evolution for nearly 500 million years, the mysterious nautilus represents these abstract ideas, though it is often hunted by humans for its ornamental shell, leading to calls for protections and regulation to prevent endangerment in modern times.

My piece “Nautilus Grave” ambiguously flips this callous and common narrative, portraying the alien but genteel nautili as dominant entities in relation to the human visitors depicted, symbolizing mindful deference to (rather than thoughtless exploitation of) these fascinating creatures and the realms in which they thrive.” – Miles Tsang