PangeaSeed is pleased to announce the latest print of the ongoing Sea of Change: The Year of Living Dangerously – Vol. 2 print suite by guest artist Tatiana Suarez (USA). The highlighted species of this edition is the critically endangered Vaquita Porpoise.
On sale Thursday, December 15th at 12pm PST HERE. 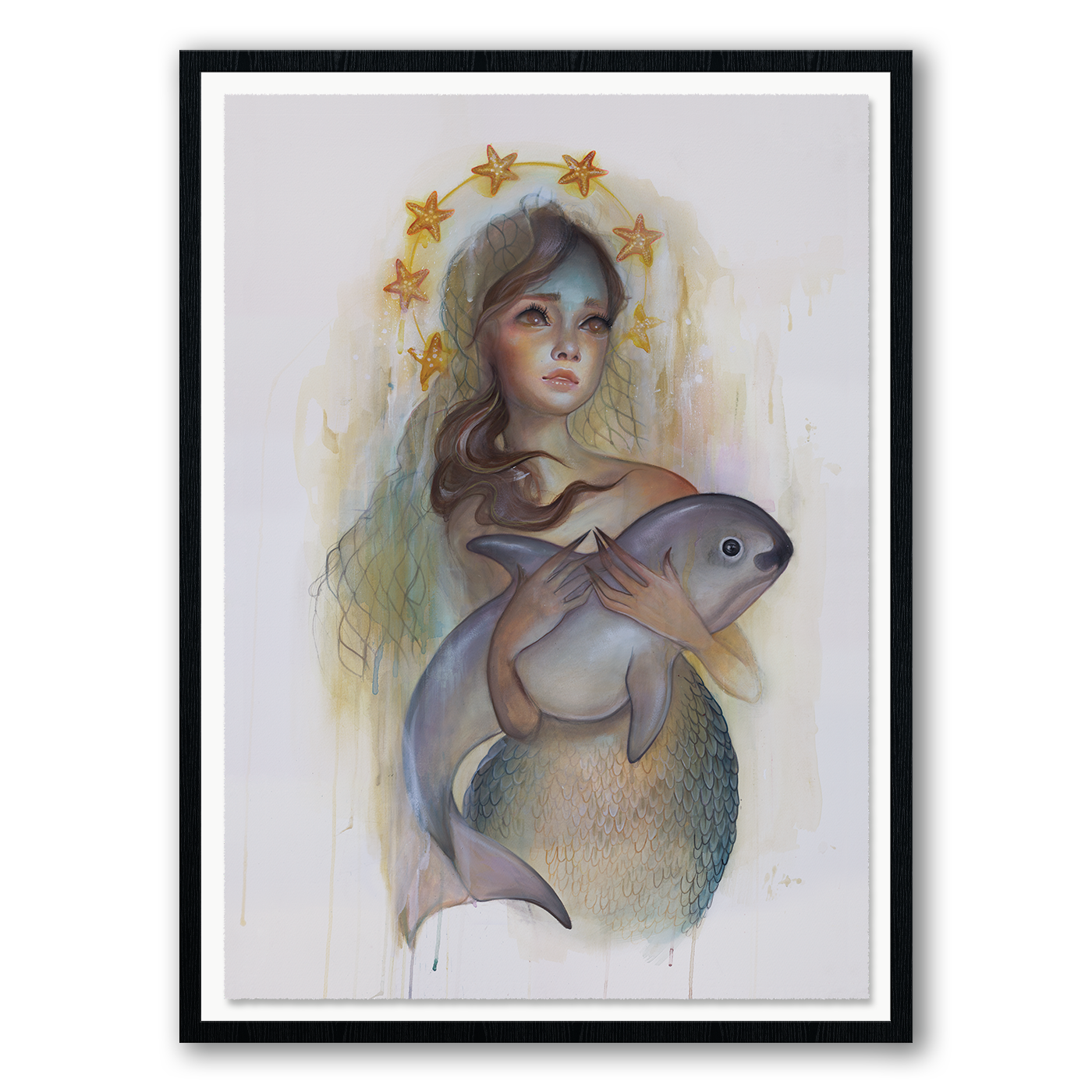 I was immediately drawn to the Vaquita Porpoise as soon as I came across its adorable face. I was also immediately heartbroken after researching the species. These beautiful creatures are currently considered the most endangered marine mammal in the world—with approximately only 60 remaining in the wild. At this rate, the Vaquita are estimated to be extinct within the next 5 years. Issues such as illegal fishing with the use of gil nets and climate change are the main reason for their decline. The window for saving the Vaquita is rapidly closing, but there’s still hope. Solutions such as choosing sustainable seafood while shopping and simply raising awareness on the pressing issue can help.

The Vaquita is only found in the uppermost corner of Mexico’s Gulf of California. Due to their name being of Latin origin along with their geography, I chose to depict the Vaquita in the gentle embrace of a saintly figure, similar to those found on Latin American prayer cards and candles. Having these cards in one’s possession and lighting these candles are viewed as a ritualistic observance for someone. This piece represents a prayer of hope and protection for these magnificent creatures.