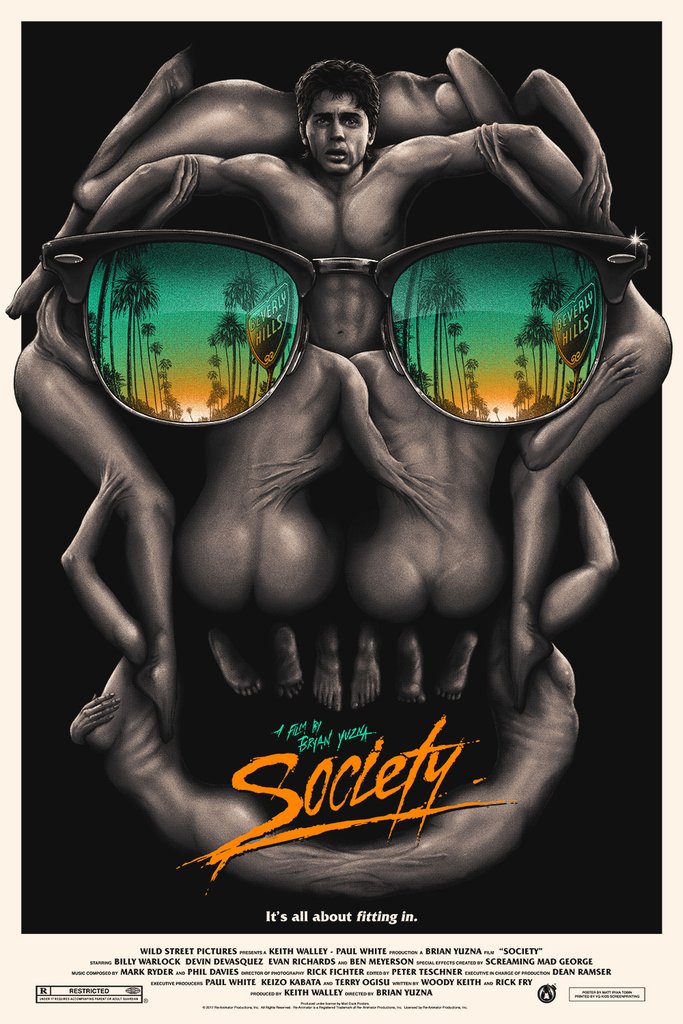 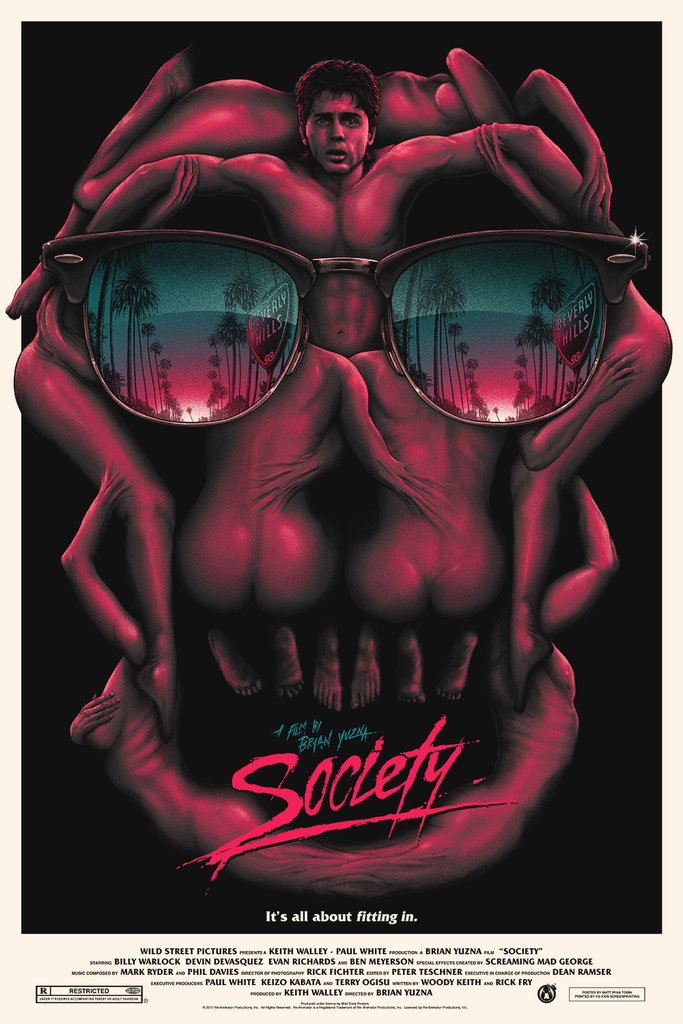 “SOCIETY is a completely original, tongue in cheek, thought-provoking 80’s gem…and its absolutely batshit crazy.
So when Mad Duck reached out to me to do a poster for it, I said yes without hesitation.

Upon more research into the film I learned that director Brian Yuzna was heavily inspired by the work of Dali.
As soon as I learned this, Dali’s “In Voluptas Mors” came to mind…and fully inspired this 80’s redux/homage to his incredibly legendary and iconic work.
I wanted to capture the era of the 1980’s and 80’s poster art itself but also create something elegant, statuesque and upon closer look…grotesque.

Those that have seen the film can probably understand what the relevance of this piece is to the film and what it suggests
both on the surface and beneath the surface. For those who have not seen the film…you should do so. Its a trip.” – Matt Ryan Tobin