Cult Collective are very excited to announce their very first screen print; “The Cross” by Javier Vera Lainez. Inspired by The Exorcist, it is an 11″ x 24″ 2-color Screenprint, numbered edition of 55, and cost £18 ($27). On sale now HERE.

N.E. of New Flesh will have “The Exorcist” prints available soon. It is an 18″ x 24″ 8-layer (1 metallic) Screenprint with regular and variant editions. See pics below for details.
On sale Tuesday, October 29th at a random time HERE. 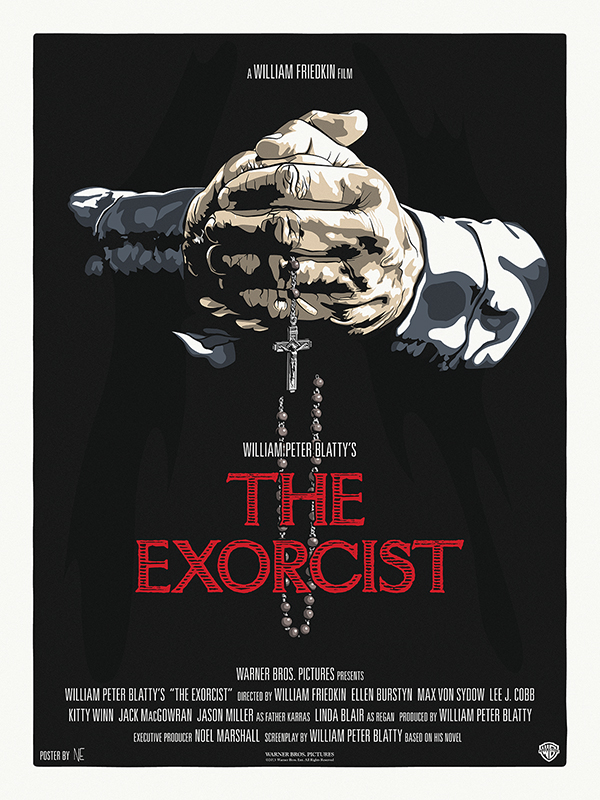 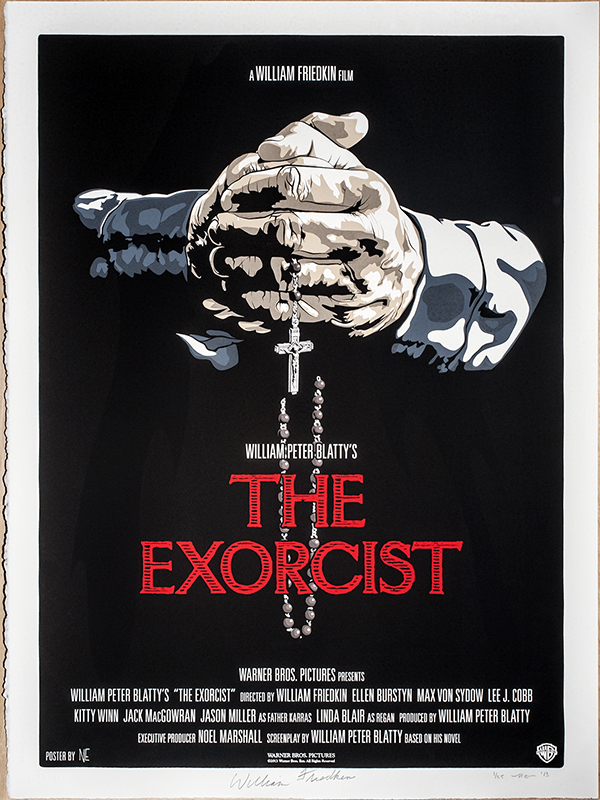 “About a year ago I was commissioned to create a poster to commemorate the movie The Exorcist. The 40th anniversary was coming up and it was going to be a nice thing to celebrate the film.
The Exorcist, while being one of the scariest films of all time, is ultimately about a priest’s crisis of faith, guilt, and ability to fight and a very personal spiritual battle. I tried to convey this emotion and intensity with contrast and oppressive shadows in the illustration. By using a more stark composition, I hope to achieve a singular or at least striking image.
In the end, the print was approved and given the go ahead to be printed by the film’s director William Friedkin. I was floored when he also generously offered to sign the variant run.” – N.E.

Timothy Pittides now has “The Exorcist” posters available. It is a 12″ x 32″ 3-color Screenprint, signed/numbered AP edition of 15, and cost $35. On sale now HERE.

Spoke Art will be screening “The Exorcist” and “Suspiria” at the Castro Theatre tonight (Friday) and for this event, they had David Moscati create a movie poster for each one. They are both 18″ x 24″ Screenprints and are signed/numbered editions of 50. 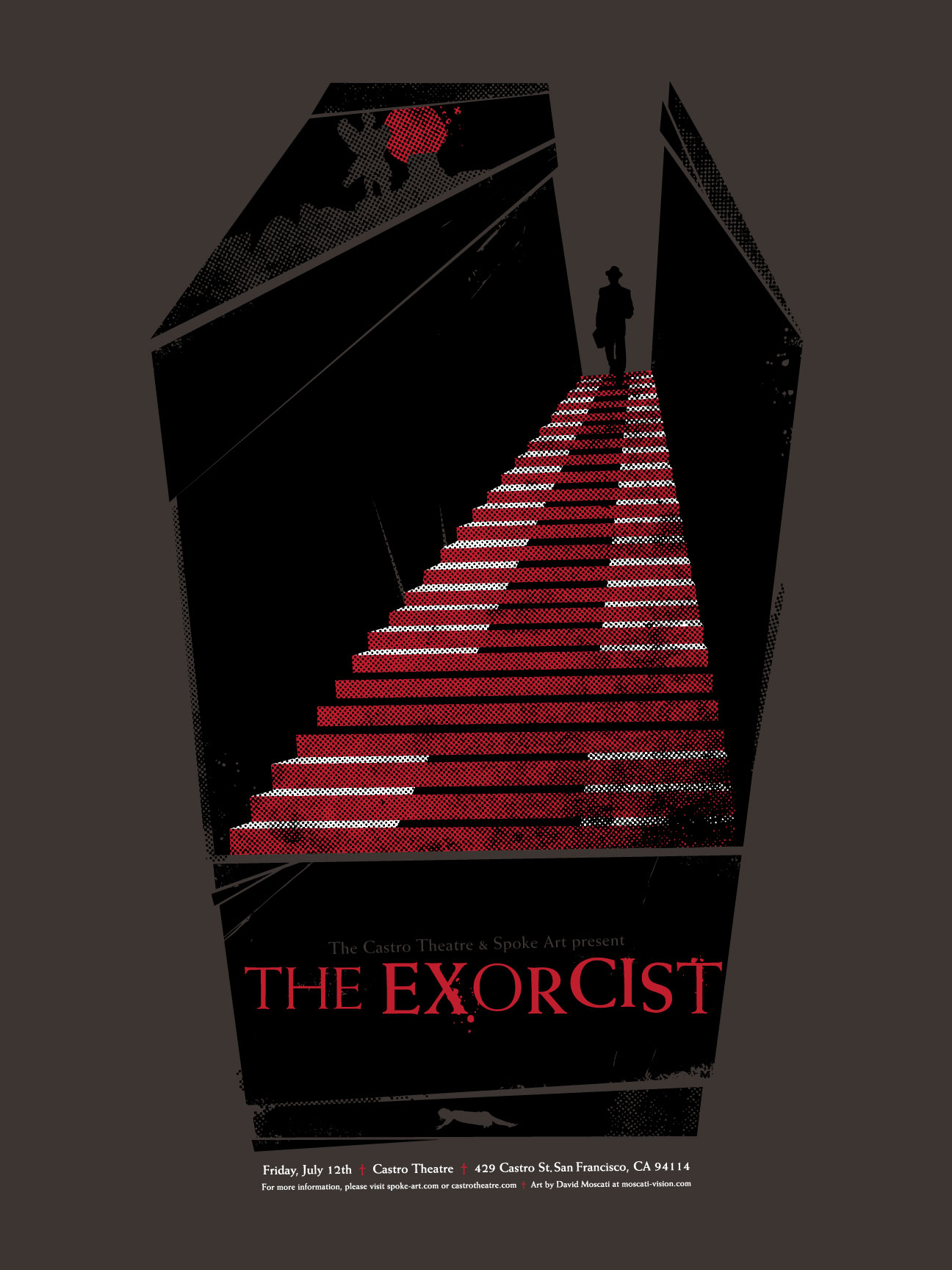 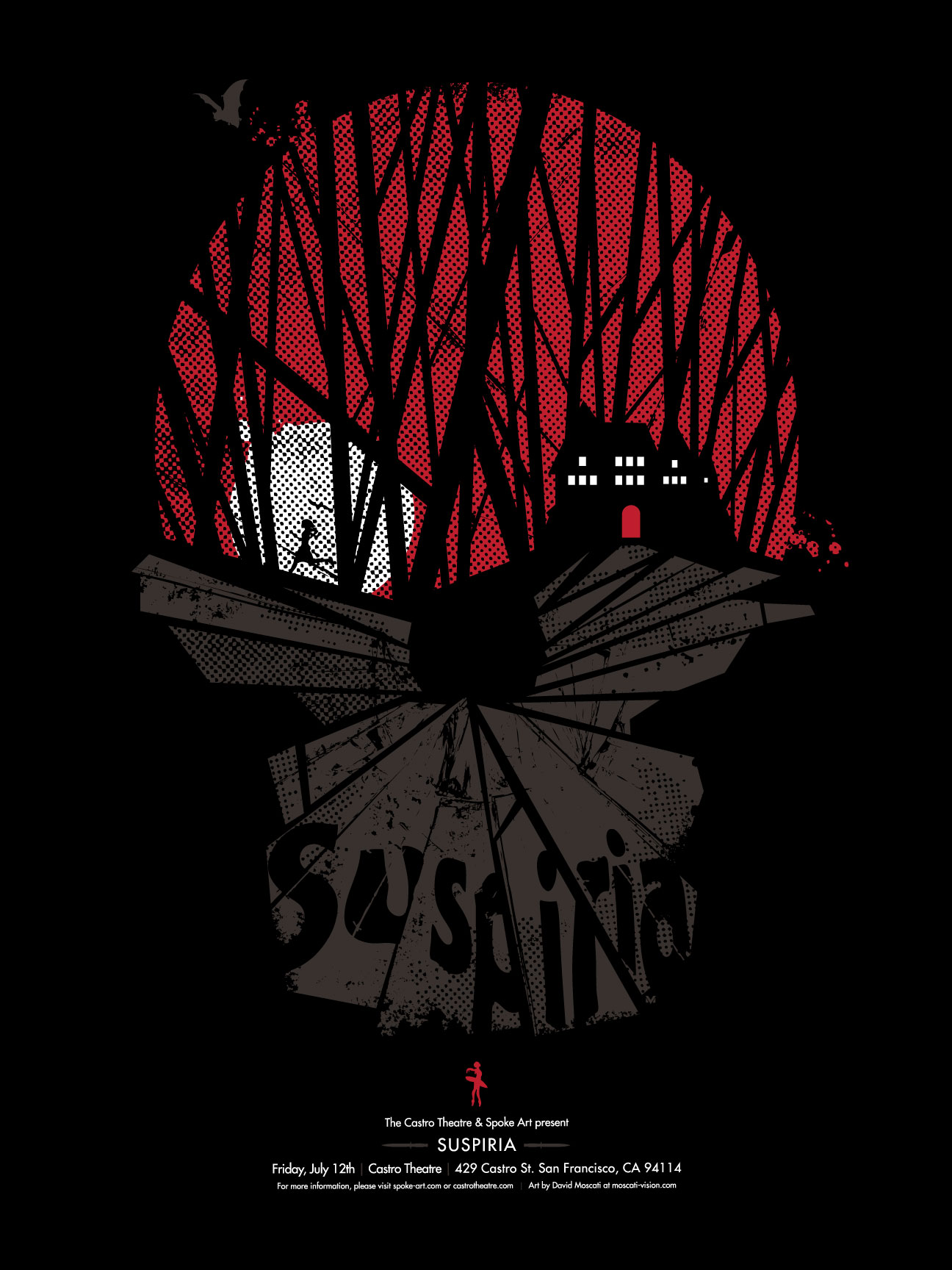 Mondo will be releasing 2 posters by Phantom City Creative tomorrow titled, “The Exorcist” & “The Cabin in the Woods”. These were first made available at advance screenings.
On sale Friday, April 6th at a random time HERE. 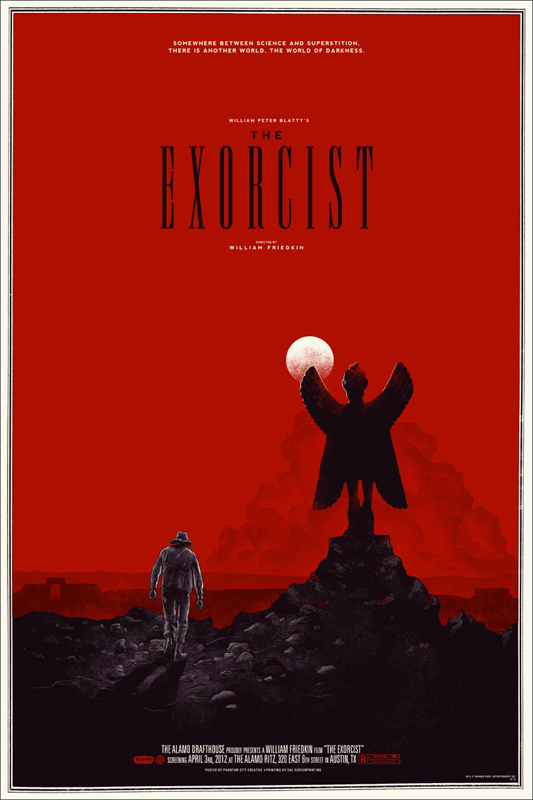 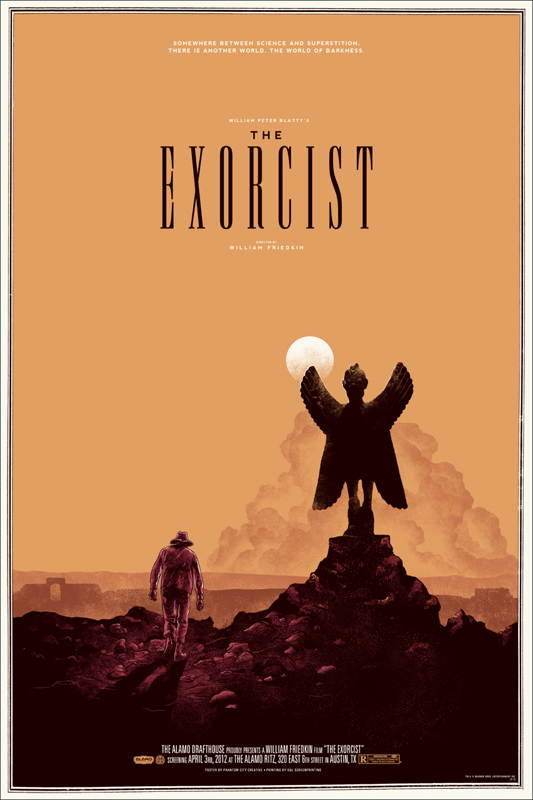 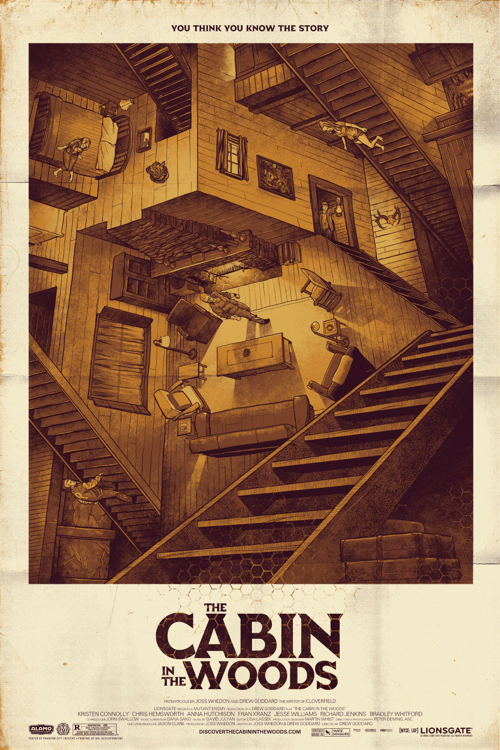