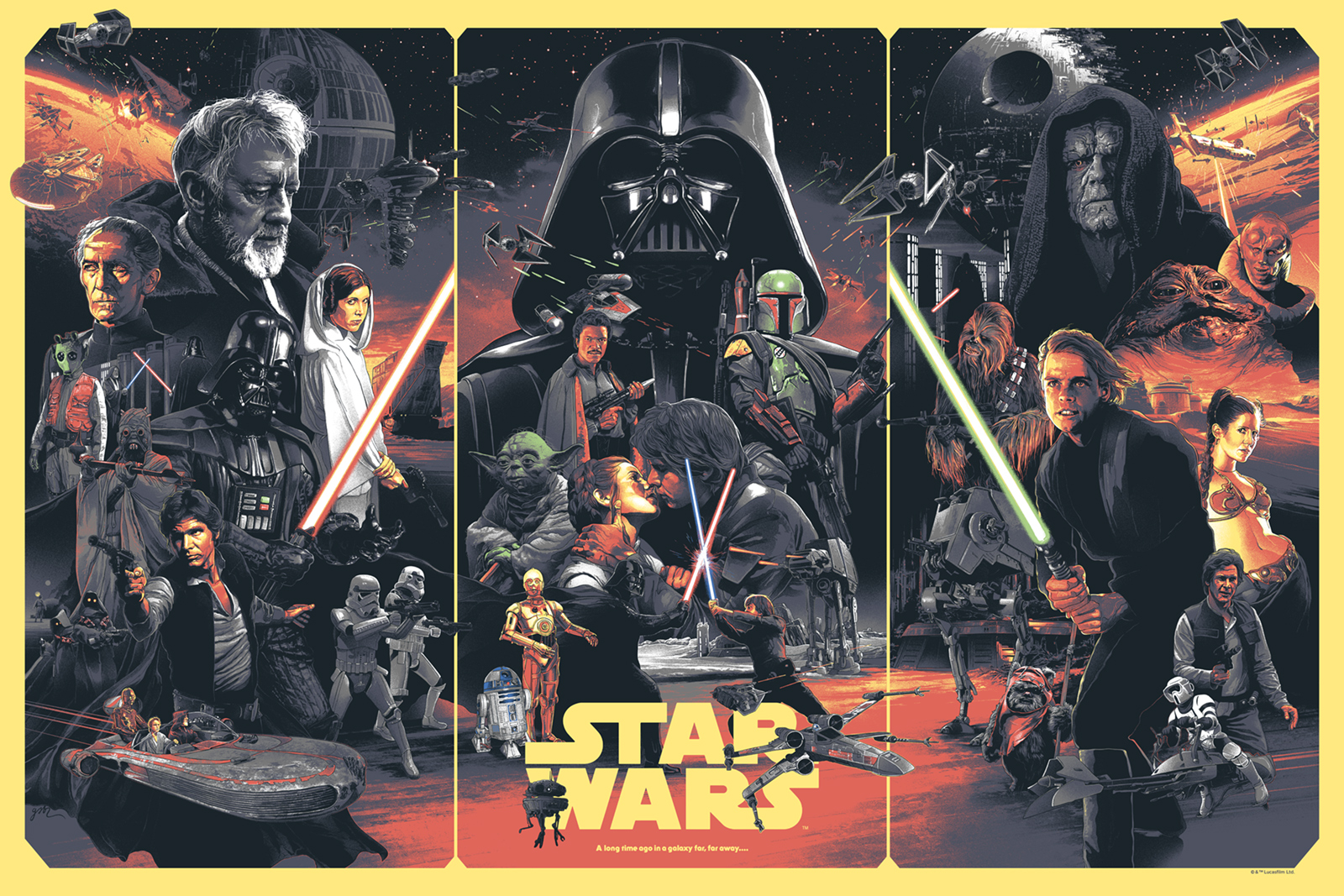 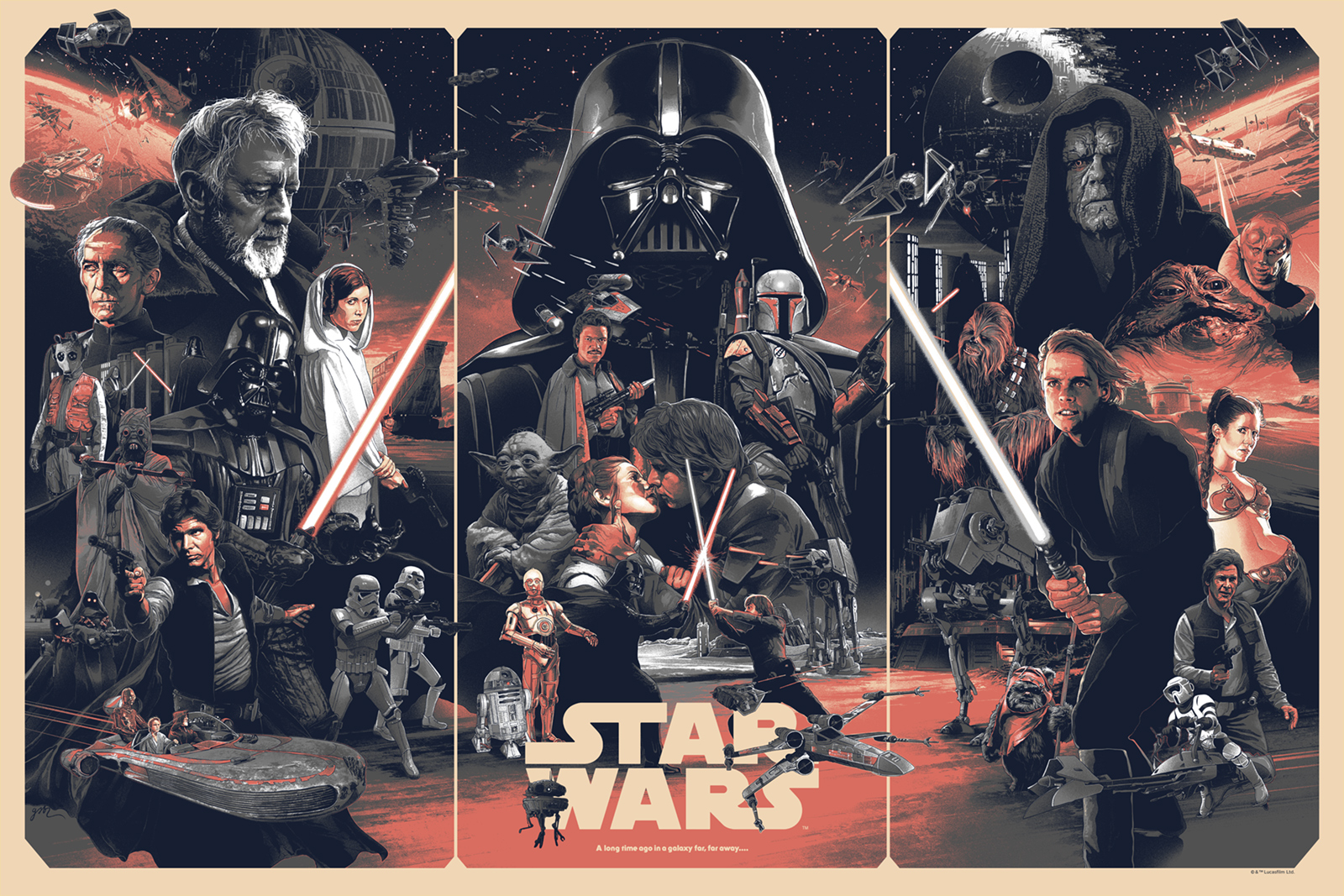 “I have always been a huge Star Wars fan and I cannot even describe how profoundly thrilled and honored I was when I was given the opportunity to work on the original Star Wars trilogy. I had been actually planning to work on a personal Star Wars triptych for months, preparing rough notes and occasional sketches, so the timing could not have been better. I am truly delighted that Joe and the studio gave me freedom to do whatever I wanted.

Although at first I planned on doing something clean, iconic and centered primarily around Luke Skywalker, in the end I decided to try to capture the most of SW plot with very carefully picked characters and essential scenes from all 3 episodes. I would not like to reveal all the details so that the fans could discover all the hidden clues themselves. Thus, I will just say that I started building the composition around the Dark Side represented by Darth Vader and his conflict between the soon-to-become-a-Jedi-Knight, Luke Skywalker. The toughest part for me was to maintain the balance between the left and the right side of the piece where not only the lightsabers had to be exactly in the same spot (to form a triangle in the middle), but also I wanted to squeeze in as many characters from each episode as I could without making the picture all too overcrowded. This was hardly an easy task!

There are many amazing SW prints out there, but I do not think I have ever seen anybody trying to do the original trilogy on one canvas before. I do hope that the fans will enjoy the final result as much as I do. Finally, I also want to mention D&L, who were responsible for the printing, and who, as always, have delivered a top notch quality prints. May the force be with you!” – Grzegorz Domaradzki