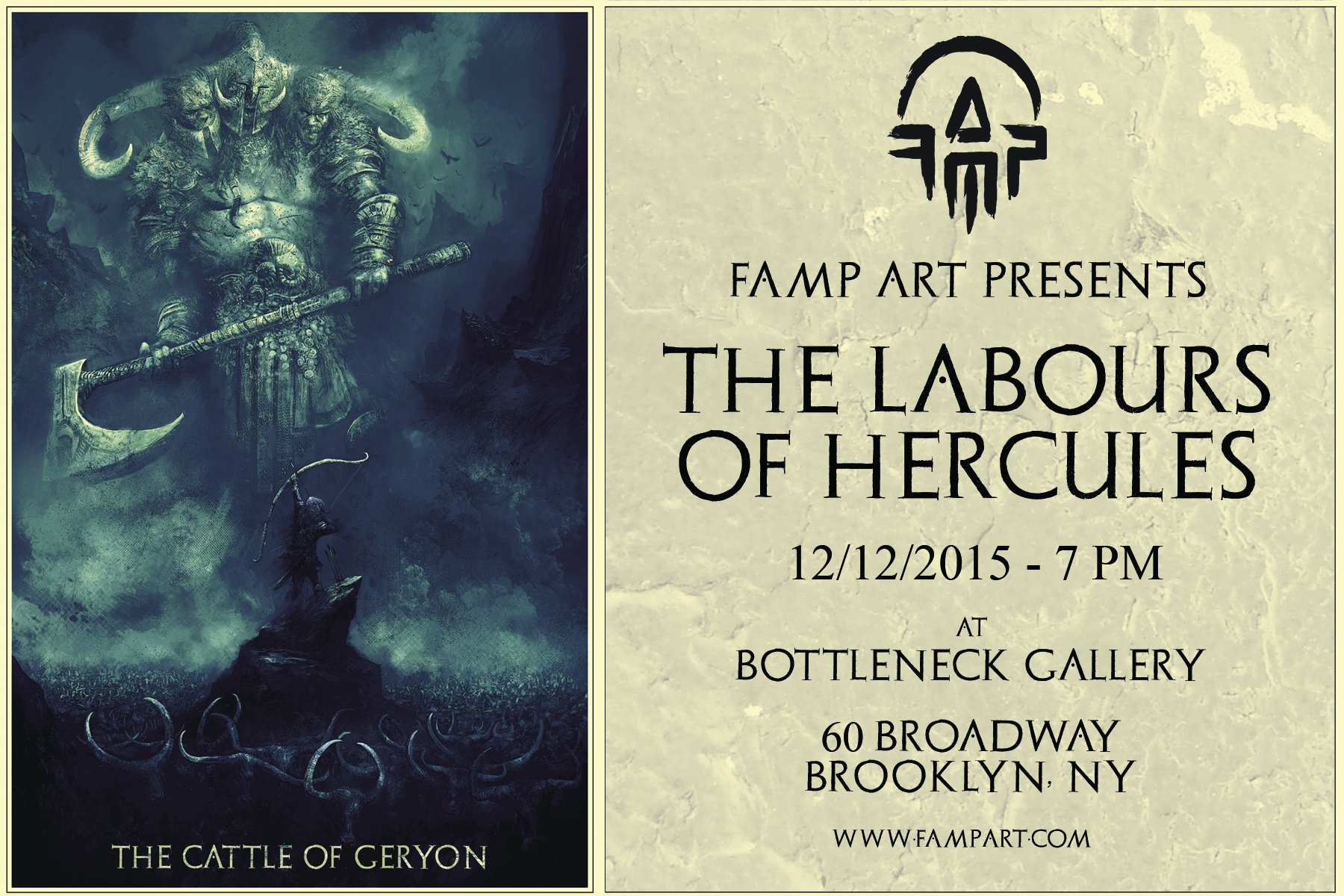 On December 12, 2015, FAMP Art will be hosting its debut art show titled The Labours of Hercules. This show marks FAMP Art’s first foray into the gallery space and they are looking to make a splash in a legendary way.

Mythology is one of the most fascinating aspects of ancient Greek culture and the Heroic age, specifically, is responsible for the stories about some of the most well-known figures in history, in particular, Heracles, or, more popularly known by his Roman name, Hercules.

With a desire to curate a unique show that would allow for fun artistic freedom and a break from the standard pop-culture art show, FAMP Art decided to continue their mythological streak, which started with DZO’s ‘Dragon’ release, and focus on the stories that made Hercules such a legend. 12 artists were selected and assigned one of Hercules’ labours that they could interpret in their own way. They could focus on the labour itself, the interaction between Hercules and the labour, or focus on the aftermath. A 13th artist was then selected to illustrate a piece focusing on the man himself, Hercules. The show will include a variety of screen printed pieces, a few giclee prints and couple of originals from artists all around the world.

The event will take place on Dec 12th at Bottleneck Gallery, located at 60 Broadway, Brooklyn, NY 11249, with doors opening at 7pm and at 9:30. The gallery is located in Williamsburg and is accessible by car, bus and subway.

411posters is proud to premiere an exclusive print for the show titled, “The Hind of Ceryneia (Third Labor)” by Erica Williams: 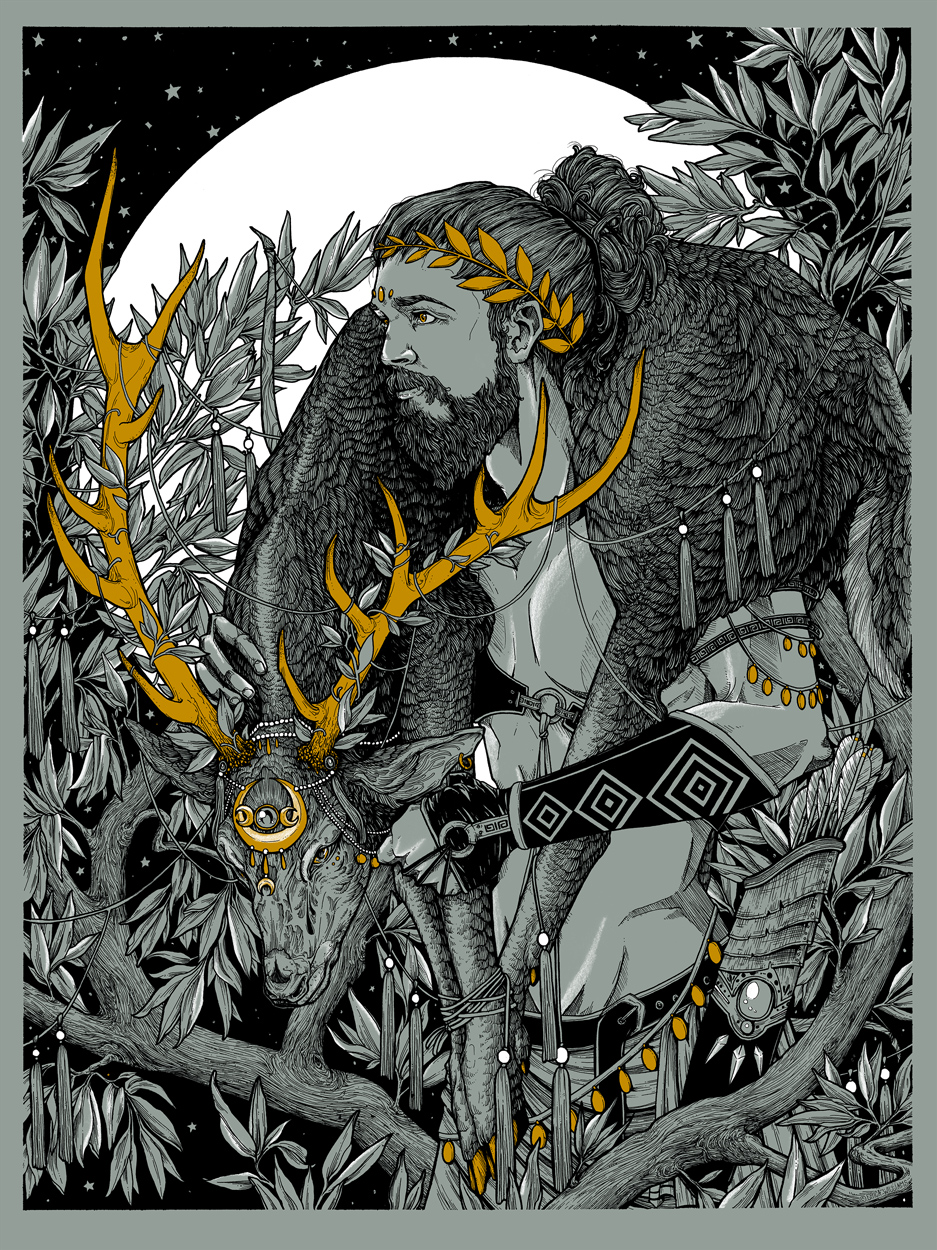