Warning: "continue" targeting switch is equivalent to "break". Did you mean to use "continue 2"? in /nfs/c09/h03/mnt/132300/domains/411posters.com/html/wp-includes/pomo/plural-forms.php on line 210
 Alice’s Adventures in Wonderland | 411posters

Mad Duck Posters will have their very first release in the ‘Mad Duck Classic Literature’ series! They kick off the series with Lewis Carroll’s “Alice’s Adventures In Wonderland” by the talented Jonathan Burton. Regular and Wood Variant editions are available.
On sale Wednesday, August 10th at 12pm Eastern (9am PDT) HERE. 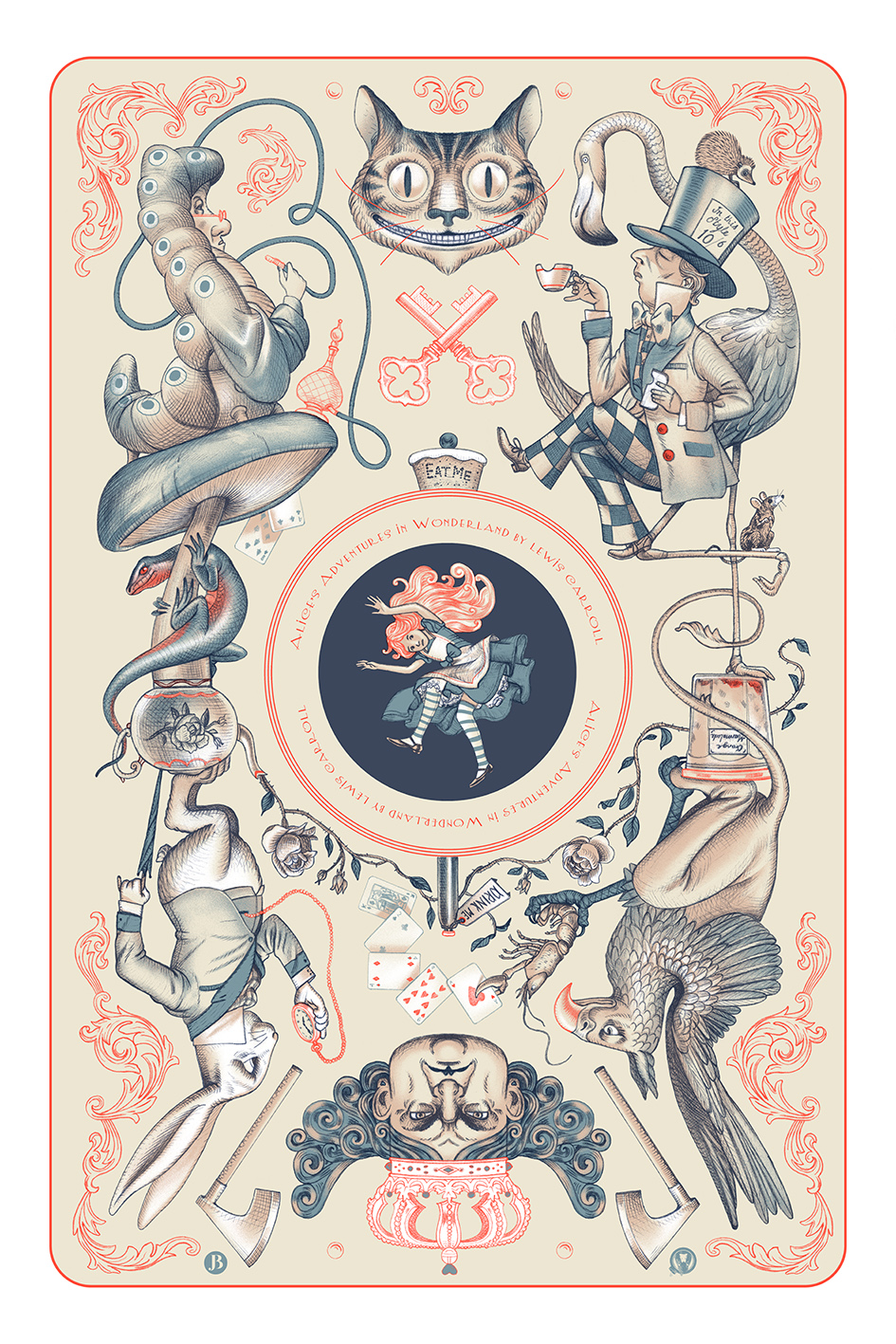 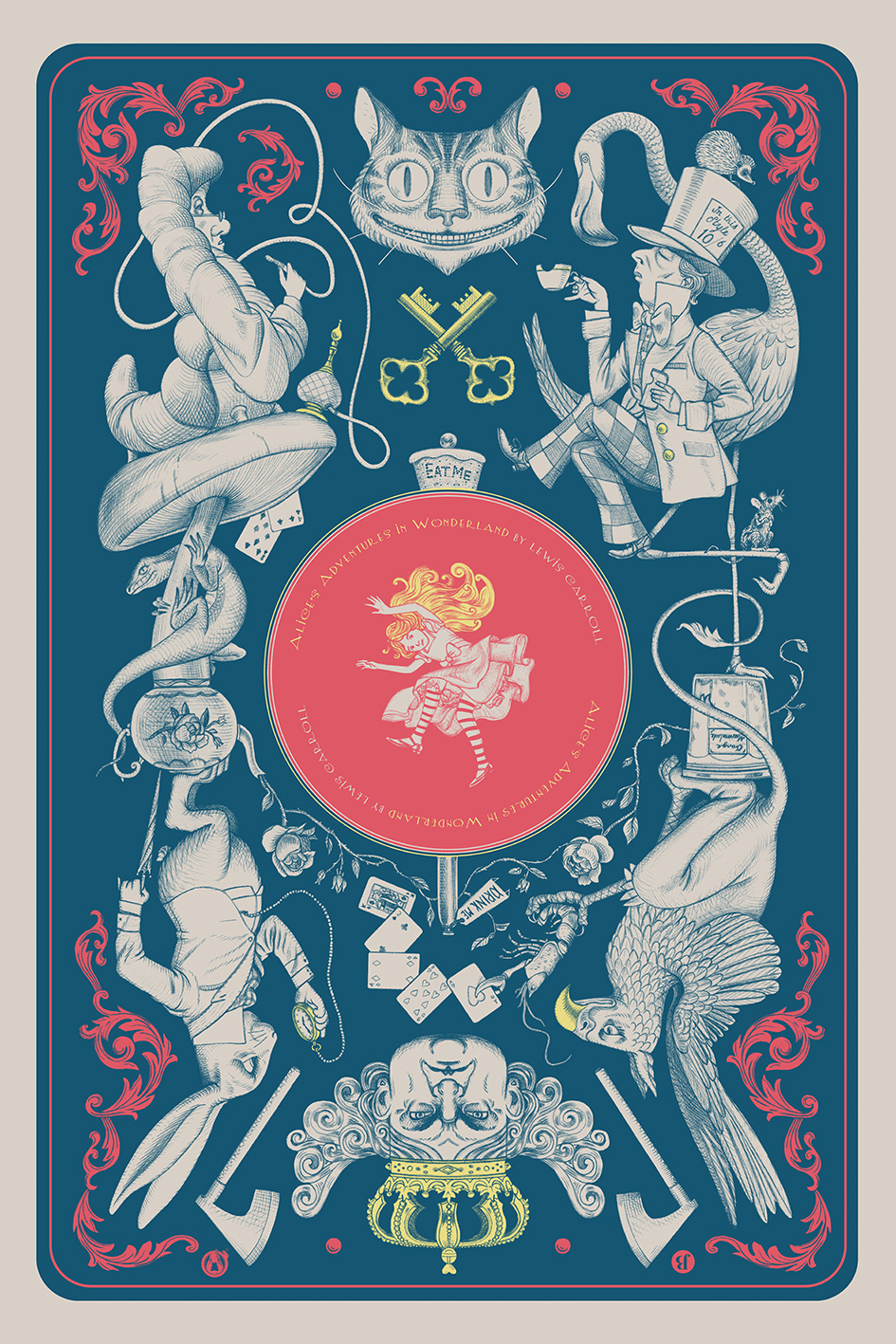 Epic Art Print’s next release is “Alice’s Adventures in Wonderland” by Mads Berg created to celebrate the 150th Anniversary of the masterpiece written by Lewis Carroll. It is an 18″ x 24″ 4-color Screenprint, signed/numbered edition of 75, and cost €55 ($62). On sale Saturday, October 3rd at a random time HERE. 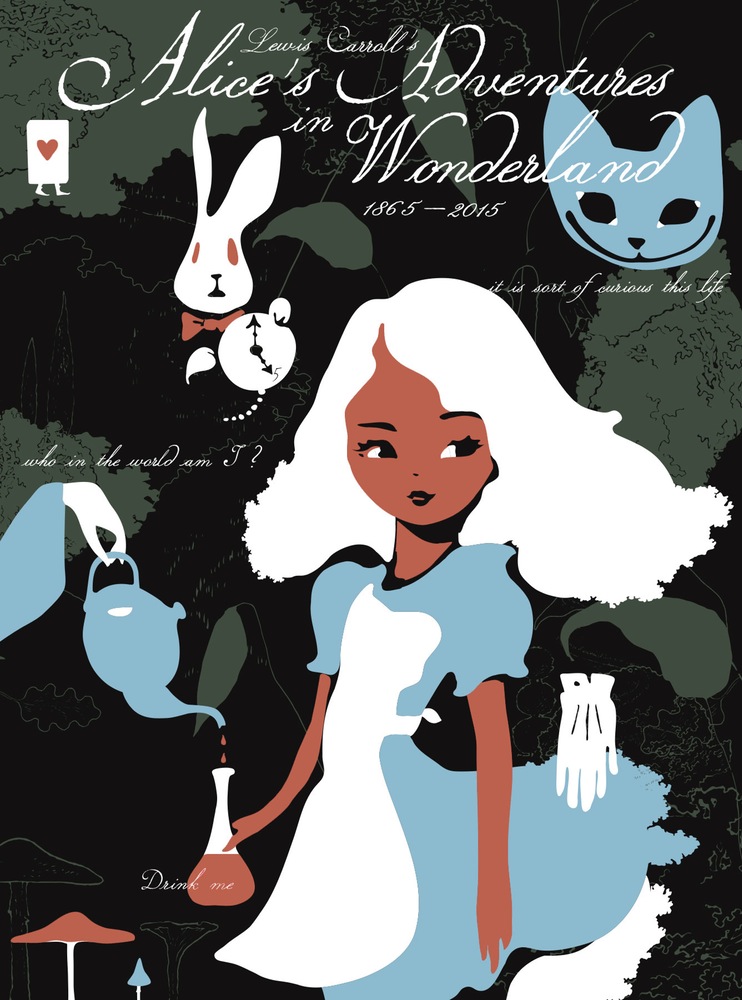 “I wanted to create a poster, that hits the mysterious and surrealistic aspects of the famous novel, but at the same time has the attraction of a piece of art that you would hang on the wall in children’s room. The link to the actual book, the famous piece of literature, is important, and that is why the quotations are incorporated into the poster.

Also, to set this apart from Disney’s Alice, and more aligned with the novel, the colours are sombre and loaded with contrast. In the book I particularly love the way the characters enter the stage from out of nowhere, so I wanted to create this weird scene where the actors appear randomly in a dark and mushroom infused universe with no logic interaction. Not of this world, but definitely humorous and spirited.” – Mads Berg